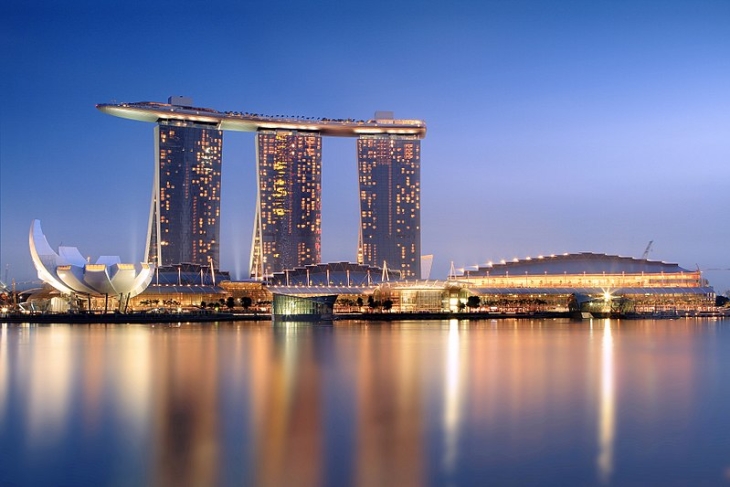 It’s turning to be an increasingly good year for the hospitality scene in Singapore as a steady influx of tourists is driving the local hotel business through the roof with revenue per available room (RevPAR) rising by 5.5% in August and 3.4% year-to August to book its seventh consecutive month of growth, data from CIMB show.

Strong average room rate which rose 2.4% and occupancy rate which inched up 2.7% pts contributed to the strong momentum of RevPAR figures.

Also read: Smart hotels are on the rise

The latest reading represents an improvement compared to the negative headline figures (-1.7%) booked in the same period in 2017, a positive trend that is expected to extend well into the year after. “We expect the RevPAR recovery to gain momentum towards end-18 to achieve full year RevPAR growth of 5.1%,” analyst Kar Mei Eing said in a report, adding that the hotel metric is to clock in at 2.5% by 2019.

Also read: Singapore is the fifth most visited city in the world

Couple that with a low supply environment which has plunged to a ten-year low and hotels in Singapore are having a field day as they scramble to meet heated demand.

“The substantially lower supply in 2018 and strong tourist arrivals gave hoteliers the confidence to increase room rates recently. Monthly room rates have been on a declining trend over the past 4 years,” observed Eing.

In fact, CIMB notes that YTD RevPAR figures would have been stronger if not for the slowdown caused by the Trump-Kim summit in June which discouraged leisure tourists and companies from coming to Singapore. As part of security reasons, a significant number of travellers failed to have their visa approved whilst there were a number of wedding banquets that were canceled due to road-blocks surrounding hotels.

On a company-specific basis, CDL Hosptality Trust's occupancy rate was hit by large booking cancellations as many travelling visas did not get approval during the summit.

Although there is still a flow-through effect from the large supply in the second half of 2017, the pace in which RevPAR has been rallying signals easing pressure from new hotel supply in the previous years.

“Going into 2H18 and 2019, we expect pricing pressure to ease further and momentum of RevPAR recovery to build up as the new hotels in 2017 fill up their occupancy,” she added.

This bodes well for the market overall. “We think that the market is still cautious of the potential impact from price war as the RevPAR turnaround year-to-Aug 2018 has not been very strong as the sector is still digesting the pricing pressure from the inflow of hotels in 2017. We believe once this overhang is removed, the sector could trade to at least 1x P/BV (from 0.9x P/BV currently) which is in line with other sub-sectors (ex-office) which are trading at at least 1x P/BV.”