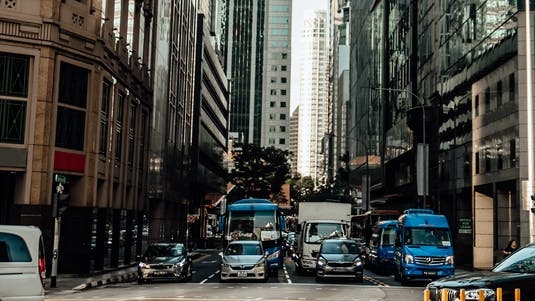 The ICA is seeing a steady increase in traffic on the SG-Malaysia border.

Individuals departing from and arriving in Singapore during the Hari Raya Haji long weekend were advised to adjust their travel plans amidst expected traffic congestion.

The Immigration & Checkpoints Authority (ICA) has noted increasing traffic through the Woodlands and Tuas Checkpoints since borders reopened between Malaysia and Singapore in April. It peaked during the weekend of 1 to 3 July, with more than 282,000 vehicles per day.

"At the peak of the Hari Raya Haji long weekend in 2019, travellers departing and arriving by car via the land checkpoints had to wait up to four hours before they were cleared through immigration," the ICA said.

"Travellers departing via Woodlands Checkpoint may wish to note that the Jabatan Imigresen Malaysia has commenced upgrading works on their arrival immigration car booths at Bangunan Sultan Iskandar since 6 June. During this period, booths that are undergoing upgrading will not be operational," the ICA added.

To further avoid delays, ICA said motorists can check the traffic situation at land checkpoints through the Land Transport Authority (LTA)’s One Motoring website or via the Expressway Monitoring & Advisory System (EMAS) installed along the BKE and AYE, respectively.