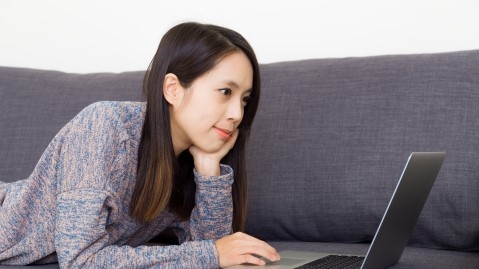 Virtual lies: Singaporeans weigh in on benefits, ‘dark side’ of video calls

50% of Singaporeans watch videos from streaming sites during video calls.

About seven in 10 Singaporean consumers have said that they spent significantly more time on video last year compared to prior years because of the pandemic, according to a survey by Uniphore.

For the ‘dark side’ of video calls, participants admitted doing nonprofessional multitasking, personal tasks, and engaging in other projects including web surfing, online shopping, and social media scanning.

Among the following activities they did include watching YouTube + streaming (50%), reading social media/online news (43%), bathroom visits (37%), ordering a meal (28%), and faking a bad internet connection to leave early (19%).

The respondent also cited factors that they dislike about participating in video calls such as it is more exhausting than audio calls (34%), they don’t like seeing themselves on the camera (33%) and boredom (32%), which leads to doing other tasks.

Two in five of the respondents also said that it is difficult to determine if others in the call were engaged, 38% find it difficult to feel energized and motivated, and 30% felt they could not get their points across during the meetings.

“As the survey results revealed, there is still work to do to make virtual interactions as seamless and effective as in-person conversations,” said Umesh Sachdev, CEO and co-founder of Uniphore. “There is a clear need for additional tools and capabilities to enhance higher degrees of people-to-people understanding."

"Through AI and automation technology, companies and business leaders can create better experiences for customers, pick up on nonverbal cues that they may have missed, and provide insights using data that is decipherable and actionable,” Sachdev added.

The survey also found that 77% of the Singaporean respondents said they are open using automation of AI tools to improve video conversations, and 43% want AI tools to provide engagement tips based on emotions, 42% want AI to help them build deeper connections on calls and 34% wants its help to take action on items being discussed.

The survey involved 1,000 respondents from the US and 2,100 consumers in Australia, India, Indonesia, Japan, Malaysia, Philippines, Singapore, UAE and Vietnam was completed in June 2021, among ages 18 and above.