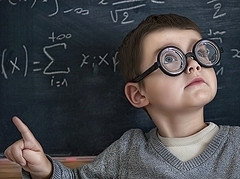 52% of companies on SGX tagged as 'family firms'

According to a release, a study on family firms has found that they play a key role in Singapore’s economy, making up the majority (52%) of companies listed on the Singapore Exchange (SGX) and representing about 30% of total market capitalisation. They also perform better than non-family firms, enjoying an average of 5% returns on assets, compared to 3% for non-family firms.

The study’s findings are contained in the report, ‘Drawing a portrait of family firm governance in Singapore’, published by NUS Business School’s Centre for Governance, Institutions and Organisations (CGIO) and Family Business Network Asia. It broadly defines family firms as companies influenced by one or more people from one or multiple families, including founder-run firms in which no other family member is present.

Presenting the report this morning at a forum organised by SGX and the Australian Institute of Company Directors, Dr Marleen Dieleman, Associate Director of CGIO, noted that such firms dominate certain industries in Singapore, including the hotel, construction, commerce and manufacturing sectors, while other industries such as financial services have a lower proportion of family firms. The research also found that, on average, a family owns a 33% stake in its firm through individuals or other companies that are also owned by the same family.

However, many family businesses have low scores on the Governance and Transparency Index, which indicate a lower level of compliance with governance practices compared to non-family firms.

While the majority of the firms adhere to the Singapore Code of Corporate Governance’s recommendation to separate the roles of CEO and Chairman, 44% of family firms combine them in the hands of one person, often the founder. This is significantly higher than the 16% of non-family firms that do not comply with the guideline.

In addition, the ownership of a family business is usually concentrated in the hands of a few people or companies, with the top 10 shareholders on average controlling 74% of the firm, although this is similar to the figure of 73% for non-family firms.

“Our findings underline how important family firms are to Singapore’s economy. Looking at family firm boards, we see that families tend to maximise their influence over their firms by occupying the CEO and Chairman positions. In doing so, family firms derive benefits such as stability, a long-term orientation, and clear decision-making structures. But business families should also ensure they maintain a strong and independent element in their boards, which will ultimately contribute to the long term sustainability of family firms.” said Dr Marleen Dieleman.