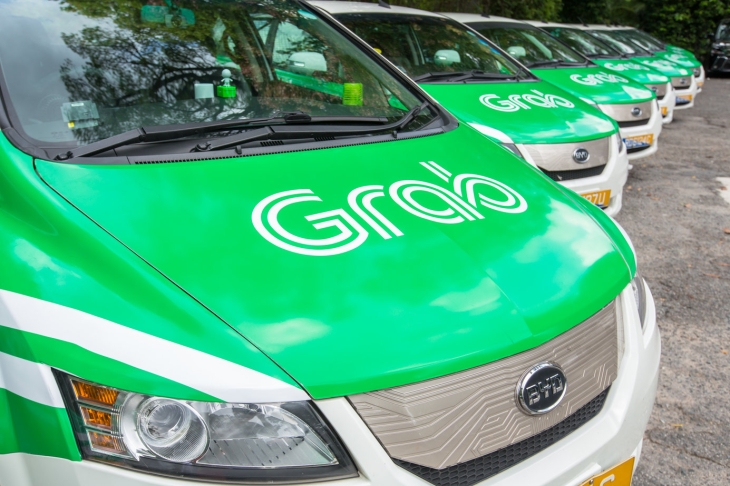 This would be on top of the US$2b they secured in earlier funding rounds this year.

The Singapore-bred ride-hailing firm has already raised its valuation to US$11b as of early August whilst on track its expansion drive across Southeast Asia, banking on the region’s internet economy which is expected to hit US$200b by 2025, according to a study by Google and Temasek.

“That creates a lot of opportunities for companies like ourselves who are disrupting and providing goods services for its customers,” Maa commented.

He added that the firm is also investing more in Indonesia which is the home of its rival Go-Jek.

They failed to properly monitor individuals onboarded as advisors, directors. The Monetary Authority of Singapore (MAS) has reprimanded AIA Financial Advisers Private Limited (AIA FA), Prudential Assurance Company Singapore, Aviva Ltd. and Aviva Financial Advisers (Aviva FA) for breaches of requirements relating to risk management arrangements and the remuneration of supervisors. MAS also reprimanded Aviva FA’s CEO and director Chee Book Chai Lionel for his failure to discharge the duties of his office; and Peter Tan Shou Yi, a consultant engaged by Aviva, for accepting remuneration in breach of regulatory requirements, the regulator added in the press release. Singapore’s regulator revealed that it found numerous instances where remuneration was paid to supervisors in contravention of requirements under the Financial Advisers Act (FAA). These are related to the Balanced Scorecard requirements (BSC) for the sale of investment products, and the Spreading and Capping of Commissions requirements (SCC) for the sale of regular premium life policies. Under the BSC, supervisors’ and representatives’ variable income are determined with reference to the fulfillment of non-sales key performance indicators (KPIs); whilst under the SCC, insurers and FA firms are required to cap the variable income payable to representatives and supervisors in the first year and spread the remaining variable income payable over a prescribed period. AIA FA reportedly failed to review and assess the performance of its three managing directors (MDs) who were responsible for the supervision of conduct and performance in their respective agency groups, including sales and compliance standards. AIA FA also failed to assign BSC grades as well as determine and pay their remuneration in accordance with the BSC, and to cap and spread the MDs’ variable income in accordance with the SCC, MAS said. Meanwhile, Aviva was reprimanded for failing to put in place compliance arrangements to monitor Tan’s actions in Aviva FA. Aviva engaged Tan as a consultant from July 2016 to March 2020, to provide strategic advice on Aviva FA’s business. During this period, however, MAS said that Tan went beyond providing strategic advice and acted as a supervisor to Aviva FA’s representatives. Tan reportedly had frequent and direct interactions with Aviva FA’s representatives, including discussions on sales and compliance issues. By failing to put compliance arrangements, Aviva and Aviva FA contravened the Guidelines on Risk Management Practices–Internal Controls (RM Guidelines) and the Financial Advisers Regulations, respectively, according to MAS. “Mr. Tan had acted as a supervisor of Aviva FA by virtue of his roles and responsibilities in the firm, but Aviva FA failed to review and assess Mr. Tan’s performance, assign a BSC grade to him, and determine and pay his remuneration in accordance with the BSC. Aviva also failed to cap and spread his variable income in accordance with the SCC. In accepting such remuneration, Mr. Tan also breached the SCC,” MAS said in a press release. In relation to the above, MAS also reprimanded Aviva FA CEO and director Chee for his failure to ensure that Aviva FA put in place arrangements to monitor Tan’s activities. According to MAS, Chee did not properly address the issue of poor conduct of Aviva FA’s representatives, which included misrepresentations to customers regarding the nature and features of certain insurance products. This is despite MAS’ repeated supervisory engagements with Aviva FA between August 2017 and September 2018 over the sales conduct of its representatives; the regulator said that even after these engagements, the measures put in place by Aviva FA to address these issues remained inadequate. MAS said that it has since directed Aviva FA to appoint independent external persons to reportedly conduct a holistic review of the company’s internal control processes, and to perform call-backs to all customers before any sales are completed. These measures are still in place. Meanwhile, Prudential was reprimanded for failing to review and assess the performance of three individuals--which the firm referred to as Master Group Agency Manager (MGAM) Leaders and a consultant-- it had appointed as supervisors. Prudential also failed to assign BSC grades to these three individuals, as well as determine and pay their remuneration in accordance with the BSC requirements. Prudential also breached the RM Guidelines as it failed to put in place adequate risk mitigation procedures and compliance arrangements to monitor the MGAM Leaders’ and Consultant’s activities, MAS said.
Bank of Singapore appoints Paul Chua as global head of wealth planning