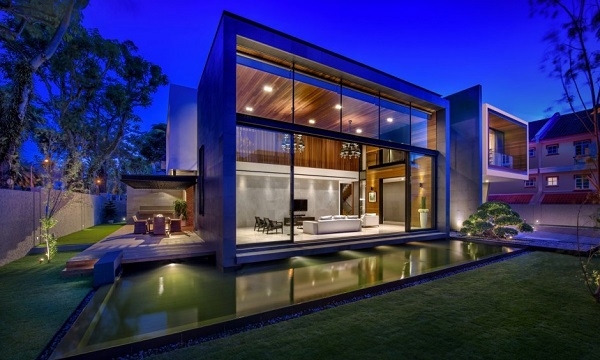 17% of the world's ultra-rich want new homes in Singapore

This is despite the 9.1% price growth in the city’s luxury properties.

“Singapore is an attractive destination to both local and foreign ultra-high net worth individuals, offering security, a world-class education system and developed infrastructure and medical facilities. Notwithstanding, many high net worth individuals already own properties in Singapore and may seek properties in other countries for risk diversification,” Knight Frank Singapore’s head of research Lee Nai Jia commented. About US$1m could buy 36sqm of prime property in Singapore.

The report also found that 15% of UHNWIs are likely to invest in Singapore property excluding their first and second homes in 2019-2020. About 20% of the ultra-rich from Asia and 5% from Australia said they want to invest in new property in the city.

Singapore remained attractive despite the continued ascent of Singapore luxury home prices, which rose 9.1% in 2018 — the highest point of its market cycle. The city recorded the seventh-highest growth rate globally according to Knight Frank’s Prime International Residential Index (PIRI 100).

The index, which tracks the movement of luxury prices across the world’s top residential markets and covers major financial centres, gateway cities and second home hotspots, found that a slowdown in Singapore’s property market is likely amidst solid economic fundamentals which could prevent prime price growth from entering negative territory.

“A reduction in Seller’s Stamp Duty in 2017 was interpreted by some as a change in policy sentiment, prompting a surge in demand, but a further tightening of stamp duties for nonresidents and developers in 2018 has halted the market,” Knight Frank said.

“Cooling measures implemented unexpectedly in July, including higher stamp duties and tougher loan-to-value rules, worked to stop the incipient house price recovery in Singapore. Whilst we expect the market to see some improvements in 2019, prices are unlikely to rise this year,” Lee said.

The city-state has been subject to more than 15 macroprudential regulations since 2010, and 2018 was no exception. Going into 2019, Knight Frank forecasted that Singapore may see prices remain static, as buyers adjust to new taxes and restrictions.

Overall, the value of the 100 luxury residential markets tracked by the index increased on average by 1.3% in 2018, down from 2.1% in 2017, which is its lowest rate of annual growth since 2012, Knight Frank noted. “This decline comes as little surprise,” the report’s authors noted. “As we learn to live without the ultra-low interest rates that have supercharged real estate markets globally since 2008, lower price growth is an inevitable consequence of the shift in monetary policy.