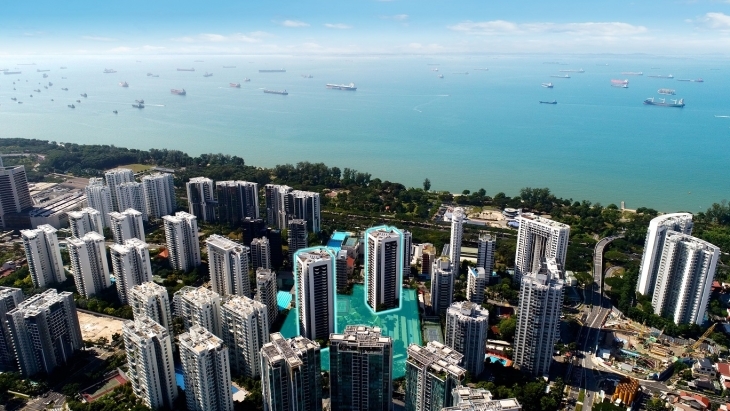 The property market is feverish with en bloc deals. As of mid-November, there have already been 20 residential projects, totalling about 2,900 units sold through en bloc transactions, up from six deals in the whole of 2016 and one deal in 2015.

Sales have surpassed the $6.34b figure that Cushman & Wakefield computed as at 15 November. Some examples of the notable deals so far this year include the $728m and the $907m price tags for Pearlbank Apartments and Amber Park, respectively.

The 200-unit Amber Park development, for instance, is one of the largest sites in the locality with a land area of 213,675 sqft.

“The en bloc market has kickstarted a round of frenzy buying, as fence-sitters fear that private home prices could soon rise beyond their reach, once developers gear up for new launches next year,” noted Christine Li, director for research at Cushman and Wakefield.

The Monetary Authority of Singapore (MAS) revealed that the redevelopment of these en bloc sites could potentially add another 20,000 new private housing units. This will more than double the number of unsold units currently in the pipeline within the next 1-2 years.

This is a notable achievement given that collective sales in Singapore had more than two years of lacklustre performance.

Will the rise of en blocs push prices up?
Minister of National Development Lawrence Wong noted that the surge in en bloc sales may not lead to higher selling prices as this depends on demand/supply factors when the projects hit the market.

MND added that there is also the possibility that more developers are keen to take good stock of their land assets, with positive figures in the first three quarters of the year implying a healthy unloading of unsold supply entering the market.

It is also possible that a number of successful collective sales deals in the past year could have encouraged more owners of ageing residential projects to initiate the en bloc sale process to preserve the value and monetise their assets. UOB sees that the current cycle could extend another 12-24 months with around 60-80 pending en bloc projects.