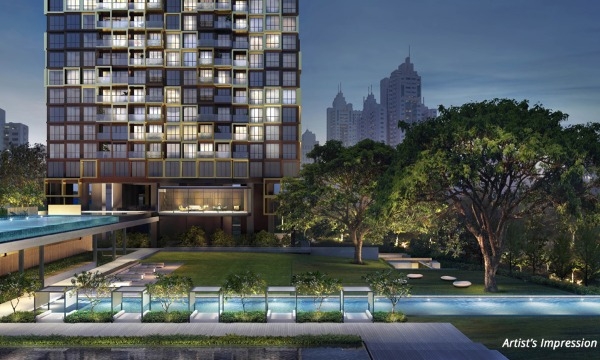 The property group is “very confident” in becoming a master-developer.

As part of the group’s goal to replenish its land bank and ensure a stable launch pipeline, City Developments Limited (CDL) is propped to becoming a master developer in Singapore.

Instead of having small parcels of land, Singapore sells large lots of government land to a master developer who will then plan and develop districts.

According to local news, CDL group general manager Chia Ngiang Hong said CDL is “very confident” and believes that the group “stands a good chance” of acquiring master-development projects once these are available for tender, as the company has a company track record for winning tenders under the two-envelope system.

The group is currently looking at Kampong Bugis as a possible opportunity. In December 2019, its 8.3 ha site was released under the reserve list.

For Chia, Kampong Bugis will provide CDL with “good land bank over the long term” if chosen as its master developer. The waterfront precinct is earmarked for future private residential use that can potentially cover up to 4,000 homes.

He also mentioned Redas’ call for a review of the ABSD policy, which covers preventing land prices from surging and to give relief to the industry.

The ABSD’s five-year deadline has created a very tight cycle of developers bidding for land, developing and selling the same, and running out of inventory at the same time as other developers.

Chia said that there have been suggestions to allow alternative housing models instead of the standard build-to-sell. With build-to-rent models, developers may retain longer ownership and gain income from renting out the units.

He added that smaller plots will be more palatable, as sites priced at around $100m should spark more interest.

CDL’s first launch for the year is the Irwell Hill Residences located in District 9. Launching on April 10, it has a total of 540 units and has a 99-year leasehold.

The residential property is comprised mainly of smaller units. It has 438 units that are under the studio, one-bedroom, and two-bedroom categories.

Lee Mei Ling, CDL's executive vice-president and head of property development, said the prices were made to be attractive to both owner-occupiers and investors.

Located in a prestigious location, the luxury project comprises of two 26-storey towers and is bilt on eleveated terrain with four existing heritage raintrees. For its façade, it features a champagne gold pixel pattern.

Function rooms are equipped for holding meetings and conferences. On the 24th level of both towers is the Irwell Vista, a designated space with workstations. Designed for the remote work trend, the workspace is fitted with WiFi and charging points.

It is minutes away from the upcoming Great World MRT station and Orchard Road shopping belt, and is designed by Dutch architecture firm MVRDV.

Chia said the residential property was built with sustainability in mind, considering that CDL has other past projects completed in the area.

“CDL has a strong track record in the vicinity, having developed iconic residences such as New Futura, Gramercy Park, Cliveden at Grange and Tribeca by the Waterfront, as well as the Grand Copthorne Waterfront Hotel and King’s Centre. Beyond the extraordinary architectural design that is built around the conserved heritage raintrees, Irwell Hill Residences was inspired by a passion for sustainability,” he said.

CDL’s residential launch pipeline is tallied at more than 1,200 units for this year, which includes the former Liang Court site that was a joint-venture project with CapitaLand. Canning Hill Piers will launch in the second half of 2021, featuring 696 units of residential components of the Liang Court redevelopment.