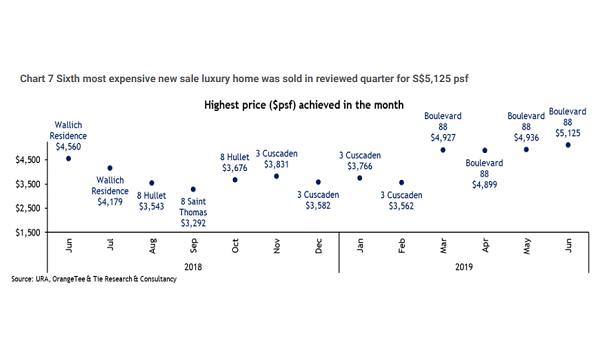 The unit sold in June was the 6th most expensive new condo in psf terms.

This chart from OrangeTee & Tie revealed that each month’s most expensive new condo units per square foot (psf) sold since March were from Boulevard 88, which was co-developed by City Development Limited (CDL), Hong Leong Holdings and LEA Investments.

Another apartment at the same development also became the seventh most pricey new condo sale in April, at $29.5m. Also located at the 28th floor, the 560 sqm unit was bought for $4,899 psf.