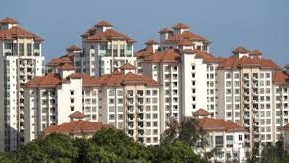 Meanwhile, a record 583 non-landed homes sold for more than $2m each in the first nine months of the year.

New home sales declined to 834, down 31.4%, in September according to latest data from the Urban Redevelopment Authority (URA).

Including Executive Condominiums (ECs), there was a 2% m-o-m drop to 1,296 units in the same period.

Due to this, demand then shifted towards previously launched projects, with the bulk of which are from the OCR. 42.7% of new purchases were from OCR, with RCR  and CCR having 37.2% and 20.1% respectively.

Meanwhile, a record number of new condominiums were sold for at least $2m each in OCR. a recorded 583 non-landed excluding ECs in OCR were transacted in the first nine months of the year.

These condominiums came from 24 projects, with the most being from Parc Clematis with 161 units sold. Four large condominium units above 200 square meteres were sold at Parc Clematis and Whistler Grand for at least $3m each.

When compared to last year’s numbers, only 312 non-landed homes in OCR were transacted in last year.

This positive market sentiment is expected to continue, as Christine Sun, Senior VP of Research & Analytics, explains that with the lessening of restrictions and the setting up of more Vaccinated Travel Lanes, an increase in foreign buyers is expected to follow as well.