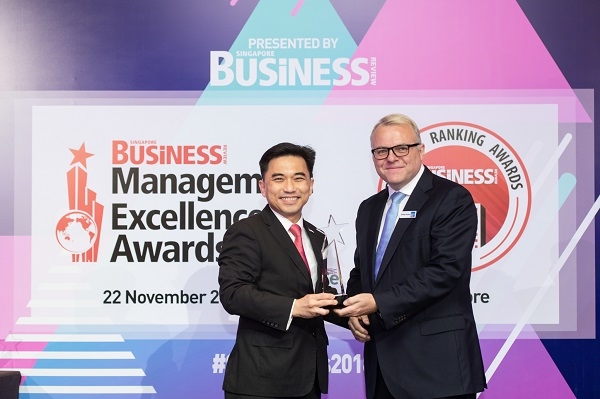 He pushed for the adoption of a Balanced Scorecard approach that went beyond financial emphasis.

Wong is known for his dynamic leadership style where he recommended the adoption of a Balanced Scorecard approach, covering Financial, Market, Customer, and Employee goals. This strategy, which favoured an approach that did not just emphasise financial results alone, was developed to guide the Red Hat ASEAN team across the fiscal years FY16-FY18. For developing the Red Hat ASEAN 2.0 Strategy, Wong clinched the Executive of the Year for Computer Software at the SBR Management Excellence Awards 2018.

After offsite workshops that involved the entire Red Hat ASEAN organisation, the team agreed on the following Lag Indicators: to double the company's bookings (Financial Goal), to drive the portfolio (Market Goal), to delight their customers (Customer goal), to develop a Rockstar Team (Employee Goal). Under Wong's leadership, the team also developed a set of one to two Lead Indicators per Lag Indicator, and Initiatives to support each Lead Indicator.

For example, under the Customer goal, Red Hat had a Lag indicator to achieve six official Customer References for FY16, and the team agreed that a pipeline of three times that number of customers indicating interest would be the Lead Indicator. The initiatives developed to support this Lead Indicator were around driving successful customer projects as well as incentivising customers with a rewards program should their customer case study be eventually published. These were tracked and reported openly and transparently, on a quarterly basis. This allowed the team to focus by having a simple strategy to guide their actions, and as a result turned around the business.

Because Wong let the whole team be involved in the development of the strategy, they all wholeheartedly supported its execution. They also linked what they did on a day-to-day basis with the overarching team strategy. The team eventually met the various goals and objectives set out in all respects, with the team even doubling in size by the end of FY18. Through the implementation of the Red Hat ASEAN 2.0 Strategy, the company won the Top Asia Pacific Region award two years in a row.

The Singapore Business Review Management Excellence Awards was held on November 22, 2018 at the Conrad Centennial Singapore.