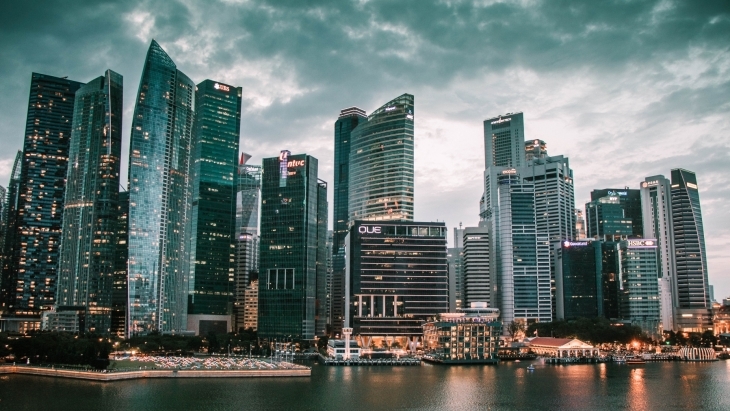 Photo by Swapnil Bapat on Unsplash

Office and hospitality markets on the road to revival

Property experts said the shift of consumption to services gave two markets a lift in 2022.

Over the last two years, the office and hospitality markets were severely impacted, but thanks to a shift of consumption from goods to services, these two sectors were finally able to turn the corner and kick start their journey to recovery.

Based on data from C&W, commercial investment volume surged to $7.2b in the second quarter (Q2), more than 2.5 times than the first quarter (Q1) 2022 figure. Meanwhile, data from JLL showed that as early as March 2022, investment volume in the mid-market hotel segment had already surpassed half of its full-year record in 2021, transacting a total of $103m.

Wong said investors grew more confident and invested large sums of money into offices as more people returned back to the office and with the belief that the role of offices may change.

The property expert added that the office market had already achieved its “new normal” considering the prevalence of hybrid work. Wong said occupancy in the market stands at around 50% to 60%, quite close to the pre-COVID normal of 60% to 70%.

“Now that everyone’s allowed back into the office without restrictions, office users have revisited their earlier decision to reduce office space. In the current market, the challenge is to make the in-person office space more compelling such that the office will be a more conducive work location compared to the home,” Tay told Singapore Business Review.

End of the dark tunnel for hospitality

Like the office market, the hospitality segment also won big from Singapore’s reopening. For the month of June, Wong said hotels saw a “very strong growth” coming on the back of pent-up demand.

Data from the Singapore Tourism Analytics Network showed that in June, Singapore hotels’ average room rate was at $238.32, up 63.1% year-on-year (YoY). In the same month, the average occupancy rate of hotels also jumped 22.6% YoY to 76.92%.

The hospitality market, however, is still playing catch up, according to Tay, given that borders just recently opened in April.

“It is challenging for them because they were in survival mode for the last two years. It takes new resources time to bring operational levels back to pre-pandemic occupancy levels, but at least they will have come to the end of a very dark tunnel now that travel is allowed,” Tay said.

Wong added that the sector remains under pressure since Chinese tourists are a significant source of tourism for Singapore, and China is still under strict quarantine measures.

“From April to December 2022, the segment’s recovery will be from a very low base, but 2023 should be the year of the beginnings of normalisation,” said Tay.

Whilst the office and hospitality markets are still in the beginning stages of their revival, the industrial sector is well on its way to the finish line of the race to recovery.

According to Tay, 2022 was the year where the industrial market recovered without serious disruptions, adding that real estate indicators remained relatively steady throughout the first half of the year, increasing incrementally to the tune of about 1% to 2% each quarter.

In Q2, Tay said the market was supported by “output expansions in electronics and precision engineering,” and was fueled by “continued demand for semiconductors and semiconductor equipment.”

Wong said the industrial market is even “stronger than it was pre-COVID [and is] beyond the road to recovery,” mainly due to prevailing trends such as e-commerce, increased focus on life sciences, and digitalisation.

Whilst the sector has “taken a step back” in terms of investments, Wong said it was only because of its very limited supply and lower pricing. Based on Colliers data, industrial sales declined 29.0% quarter-on-quarter to $239m in Q2.

On the flip side, Tay said the market will likely stay on a steady recovery course, with prices and rents set to improve by about 3% to 5% for the whole of 2022.

Like the industrial market, the residential market is also a frontrunner in the recovery race; however, Wong said the segment is currently facing a hurdle: a shrinking saleable inventory.

“In the private residential market, the greatest challenge probably is putting new replacement stock or new product onto the market at a time when there is healthy buyer demand. Travel has also opened up, meaning there’s a promise of added demand from foreign homebuyers,” Tay said.

Tay said the stock likely dropped because developers did not acquire the typical levels of land supply during the pandemic years.

With dwindling stock, Tay foresees that the volume of transitions in the private residential home market will be “comparatively less than 2021.”

In 2023, Tay said the market will likely perform the same, but warned that rising interest rates and inflation might dampen “some buyer demand” in the market.

With rising interest rates, C&W’s Wong said demand may shift to the suburban market or city fringe market where prices are cheaper

“Nevertheless, fundamental homebuyer demand for owner-occupied homes remains strong because housing aspirations that have built up through the last 10 to 20 years of growing affluence should continue to supply the market with buyers,” Tay said.

Unlike the residential market, the retail segment will be much affected by the worsening global inflation.

According to Wong, the growth of retail rents might slow down this year as many retailers face “challenging operating conditions” like inflationary pressures, manpower constraints, and supply chain disruptions.

“The retail operating scene remains to be quite challenging because they face high operating costs,” Wong said.

On the flip side, Wong and Tay said Singapore’s reopening relaxation of measures has pushed the segment forward this year.

“The retail sector turned the corner, particularly from April 2022 this year. Since the removal of safe management measures in a compelling fashion, especially in the second quarter of the year, shopping and dining activity has returned to the market, bringing really long awaited relief to the retail sector,” Tay said.

Tay added that with borders reopening, the sector has been given a “promise of broad-based recovery” after several false starts in 2021.

“The opening of borders has also allowed big mega events such as the Singapore Grand Prix. Bearing this in mind and the projection that the retail market will grow in the remaining months of the year, prime retail rents should grow by about a moderate 2% to 4% for the entire year,” Tay said.

Come 2023, Tay said the market will likely reach some level of normalisation, alongside the hospitality market.

After a year of holistic recovery, Wong and Tay said it is still uncertain how the market will perform in 2023, especially with recession fears looming across multiple markets.

“2023 will be the year of caution for the real estate market,” added Wong.

Wong and Tay, however, said that if and when recession actually happens, Singapore’s real estate market will be cushioned from its impact.

“Singapore can benefit from a ‘flight to safety’ response. Investors like Singapore because of its stability in terms of political, regulatory, and pro-business environment, so I believe investments will continue, and this will support the overall property market in Singapore,” said Wong.

Tay echoed this, adding that Singapore is a stable location which can offer refuge for investors around the globe.

“Singapore is a safe haven, because as a destination for corporate offices, it is more stable in comparison to other spots in the world that might be affected by political and economic tensions,” he added.