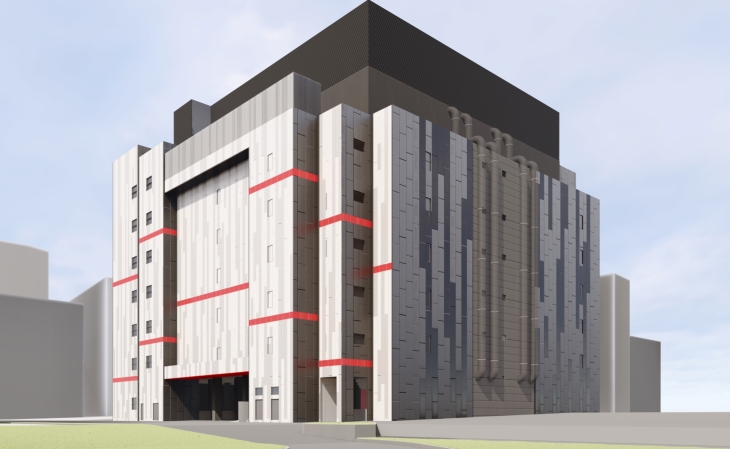 With Singapore grappling with the risk of data centre oversupply particularly in the Tai Seng industrial estate, operators are looking to the West for more suitable land opportunities to keep up with rising demand.

Singapore’s connectivity to major markets in the region, strong network infrastructure, conducive business environment and political stability are regarded as the top reasons for why international and local operators continue to seek data centre opportunities in the country.

Also read: Singapore is the most robust Asian market for data centres

In fact, Equinix which is regarded as one of the biggest players in the market has joined the cluster of Tai Seng data centre operators after revealing plans to invest an initial $115.59m (US$85.5m) to build its fourth data centre in Singapore that is slated to open in Q4 2019. Dubbed SG4, the seven-storey development will offer an initial capacity of 1,400 cabinets across 45,000 sqft in its first phase before accommodating more than 4,000 cabinets at full build out.

Equinix regarded Singapore as a critical market that will play a central role in the region’s digital transformation given the number of undersea cables transiting in the island itself.

“The construction and management of a data centre employs people from various fields of work. Following the opening of a data centre, there are roles for logistics companies, utilities providers, repairs and maintenance specialists, and securities and janitorial staff,” Equinix Asia-Pacific’s VP for corporate development and strategy Andrew Rigoli told Singapore Business Review. “The spill over effect just to build and run a data centre is enormous, and this is enabling jobs and creating economic opportunities.”

Data centres are considered to be the backbone of the IT sector and remain crucial to the rapidly-changing sector’s development. The Singapore colocation market generated an estimated $1.3b in 2017, and was expected to grow 13% YoY in 2018, according to Structure Research’s 2017 Singapore Data Centre Supply report. By 2021, Singapore’s market is expected to be worth $2b which represents a 12% compound annual growth rate (CAGR).

In Q4 2017, there were a total of 33 data centre providers in Singapore’s market covering a total space of 2.6 million sqft, data from Structure Research show.

“We estimate that around 0.7 million sqft of data centre space on a gross area basis would have been completed in 2018,” Colliers International’s head of research for Singapore Tricia Song said. “We expect this total stock to more than double by 2022 with another 3.8 million sqft known supply pipeline including Facebook’s 1.8 million sqft data centre in Tanjong Kling which is scheduled to complete in 2022.”

But despite the increasing demand and opportunities data centres present, operators in Singapore continue to face land scarcity challenges given the island’s size and zoning restrictions. “Data centres need to be at a B2 zoning area which are areas intended to be used for large industry, warehouse, utilities and telecommunications,” Knight Frank Singapore’s executive director and head of industrial services Boon Leong Tan explained. “Tai Seng has the greatest concentration of data centres because traditionally, such buildings in the area are suited better to house data centres.”

Under B2 zoning rules, business need to impose nuisance buffer more than 50 meters and within health and safety buffers in addition, to the requirement of being far away from residential estates.

“Data centres also need to have a good structure that can support all of its backups, such as a flat roof that will hold its back up batteries and power supply,” Tan elaborated.

However, given that 90% of the industrial land in Singapore is owned by Jurong Town Corporation (JTC), not every site is suitable for housing a data centre, Tan highlighted. “If JTC does not allow a data centre to be located at a certain area or building, there’s nothing that can be done,” he said.

The high costs of building and maintaining data centres is also another factor to consider given the large capital investment needed to set up storage servers. Cushman & Wakefield noted that the construction of a new data centre can go for US$100m for a multi-tenanted facility to as much as US$1.5b for a cloud campus that can house several buildings in addition to required preventive and maintenance costs. “The costs of construction, maintenance and utilities in Singapore are also amongst the highest in Southeast Asia, potentially raising the total costs for operators to set up data centres in Singapore,” Song added.

But even with the relatively higher land costs, Singapore remains unrivaled as Southeast Asia’s top data centre hub – that is, if the likes of Indonesia, Hong Kong and China cannot keep up.

Song highlighted that countries with large populations such as India and Thailand make for logical investment destinations for large data centre operators so long as they step up their infrastructure and investor-friendly policies. She added that these markets have in fact, been ramping up their development in recent years, noting how Keppel Corporation announced its plans to develop and operate its first data centre in Johor, Malaysia with an expected completion date in 2020.

Tom Duncan, CBRE Asia Pacific’s executive director for data centre solutions, added that should Singapore be unable to meet the hyperscale cloud demand on the back of land shortage and high costs, companies will undoubtedly look elsewhere in Southeast Asia for solutions. “Opportunities are emerging in developing colocation markers such as China and India,” Duncan said. “Zooming into Southeast Asia, the main emerging market at the moment is Jakarta but it will take some time before it can be considered a significant challenger since it requires considerable additional investment in the sub-sea cable network.”

According to an earlier report by DBS, Indonesia offers the best return on invested capital (ROIC) in the region on the back of its favourable supply-demand dynamics, whilst Singapore only offered a moderate ROIC with new supply set to enter the market.

Neverthless, the unwaning demand for data centres in Singapore will continue in 2019 as more companies with no data room storage of their own expected to seek out cloud service providers to store their data. Coupled with the government’s Smart Nation initiatives, an expected rollout plan of 5G and fintech development, higher requirements on data privacy, security and latency will also continue.

And despite the hold of larger multinational companies on the data centre market, local operators such as Keppel DC REIT, Singtel and ST Telemedia are forecasted to remain dominant in Singapore. “We think that local operators may hold an advantage over foreign players in that they probably have better local market knowledge and relationships, and could be better placed to source for land and business deals,” Song highlighted.

Duncan echoed that there is still room for local and start up operators to make an impact, particularly in sectors such as hyperscale cloud, even as the market goes through a period of significant mergers and acquisitions (M&As).

Tan agreed, further adding that competition amongst local and international players will be beneficial in sprucing up Singapore’s data centre market with more competitive rates and improved offerings.