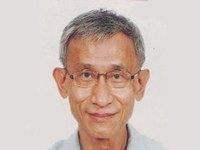 Professor Lim Chong Yah's call to greatly reduce Singapore's rich/poor wage gap as a matter of national urgency, has aroused much interest - he is not only is one of the long standing prominent economists in Singapore, but also happens to be related to Mr Lee Kuan Yew by marriage thus making it natural for one to wonder whether the issue was discussed between them before being brought out in public.

The prime minister Lee Hsien Loong and other government leaders quickly replied that salary increases must be based on productivity increases. This might be conventional economic wisdom, but it is obviously not a well defined scientific fact.

For example, as property prices rise, companies and individuals involved in the real estate industry generate higher incomes through higher-amount transactions, without necessarily having to do more work.

We might also note that in Singapore as well as other countries generally, senior executive incomes have been rising substantially for the past two decades while general salaries remained largely static (especially after accounting for inflation), but I see no clear sign of higher executive productivity.

In fact, judging by the kind mess some major corporations and national economies have got themselves into, I would guess productivity, in terms of sound economic management, has been less than desired among the higher social classes, and the rising executive income merely reflected higher skill in using their power and control to benefit themselves, often employing nice sounding formulae and truisms as justification.﻿

What the cabinet ministers meant is "if salaries rise without rising productivity, it will be harder to attract investment." While this is difficult to argue against, it does not mean that the current situation does not require change, nor that continuation of the policies of the past two decades would automatically﻿ make things better.﻿

The current low salaries for a large number of basic job categories meant that employers have great difficulty filling posts with local employees, and huge numbers of foreign workers, from countries with even lower income levels, are imported.

This might on the surface seem to be a win-win situation - employers have their needs met, Singaporeans have not been deprived of jobs they desire, investments and economic expansion take place, "to everyone's benefit" as the theory goes.

This conveniently overlooks various negative consequences of the resulting large foreign presence, and the issue of how to establish that the process benefits all individual Singaporeans instead of in effect leaving some of them out of the process of economic expansion. Since these issues have already been extensively discussed by journalists and bloggers, I would raise other matters instead.

It is first necessary to reflect on the nature of "productivity increase"; two ways to produce this is to (a) buy new technology and more productive equipment (b) training workers to be more dedicated and skilful.

Both require the incoming investors to spend money, thus making investing more expensive. In short, "strive for productivity increase and get more investment" is not a simple and neat issue.

In any case, it is not much use telling workers to be "more productive" since they can do little to achieve this - in fact an individual worker who becomes more productive than his/her fellows would probably find life at work quite uncomfortable - the exhortation should be aimed at the management class and foreign investors to plan for productivity increases as part of long term investment programmes.

Second, Singapore is not short of investable capital, since both GIC and Temasek control huge amounts of funding. There is no reason why these organizations have to focus on investment opportunities abroad.

In the past, various government ministries started companies that grew to become major international corporations, with many of these now listed on the stock exchange as part of the Temasek stable. The same entrepreneurship can be applied for the future, perhaps in cooperation with foreign partners that bring in new technology, something Economic Development Board has much experience in fostering.

In short, "we cannot have wage increase without productivity increase" is not an excuse for inaction; it should instead be just the starting point for progress to make life better for both workers and their leaders.