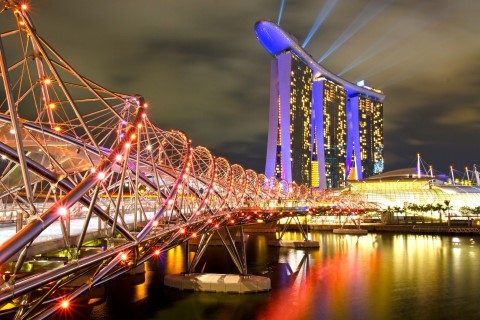 The rising domestic demand could bring in some relief.

Symptoms of an exports slowdown have started showing as the semiconductor supercycle has been further winding down whilst Chinese import demand eased up.

But the rising trade tensions between US and China could further rattle Singapore’s exports, RHB said.

The latest tariff round by the US was announced on 17 September, which imposes duties on US$200bn of Chinese imports by 24 September. China immediately fired back as it slapped new trade tariffs on US$60b worth of US goods the next day.

“We expect exports to moderate in 2019, as demand from advanced economies begins to wane,” RHB said. “However, the strength in domestic demand at regional economies will likely serve as a buffer.”

As of H1, Singapore’s economy is still resilient with a gross domestic product (GDP) growth recorded at 4.2%, moderating from a 4.6% in H2 2017. The H1 growth was backed by net exports.

“On a sectoral basis, trade-related industries are expected to grow at a more moderate pace in 2019 although this will be mitigated by more resilient domestic-oriented industries,” RHB said.

In Q2, manufacturing mainly backed the 3.9% GDP growth through the sector’s 10.2% YoY expansion.

However, the manufacturing sector had started to see its growth winding down in August as the Nikkei Singapore Purchasing Managers’ Index (PMI) fell from 53.0 in July to 51.1 in August, marking the weakest pace of improvement since the middle of 2017. The private sector lost further momentum due to slower output and declines in export sales.

Also read: Manufacturing output growth cools down to 6% in July

“Sub-segments such as semiconductor and precision engineering industries are expected to soften further in 2018, and remain modest in 2019,” RHB noted. “We expect the continued winding down of the semiconductor super-cycle to be the mainstay for next year.”

Despite this, a bright spot shines for the sector through the bendable phone technology which may spark new demand for the electronics sector, RHB explained. For pharmaceuticals, growth is expected to remain resilient.

“Demand coming from the domestic and regional markets amidst ageing populations and increased government spending on healthcare are expected to keep the industry buoyant,” RHB explained.

Meanwhile, growth in transport engineering could be boosted by the sustained recovery in the marine & offshore segment. Rising oil prices paired with the increase in global rig utilisation have also sparked interest for investments in Singapore’s oil & gas sector.