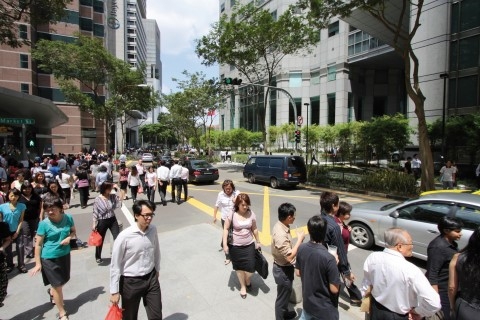 Wage support will be in place through the Career Support Programme.

As Singapore records a slight rise in retrenchment and unemployment, the Ministry of Manpower unveiled several strategies to alleviate workers' woes.

Speaking before the Parliament, Manpower Minister Lim Swee Say said that the tripartite leaders will work together to achieve four core employment outcomes including creating good quality jobs, helping workers to adapt to take on better jobs, strengthening inclusiveness of the local workforce, and protecting and spreading fair and progressive treatment.

"To encourage employers to offer more mid-level jobs, the salary support caps will be raised from $2,000 to $4,000. This will allow the programme to support the wages of mid-level jobs of up to $5,700," a report released from the Budget 2017 microsite said.

Also, mature PMETs aged 40 and above, as well as the long-term unemployed, will receive more support, from $4,000 currently to $6,000. This would allow the government to support mid-level jobs of up to $6,700 of salary.

Meanwhile, MOM will tap two leading private sector employment agencies who have been working with government agencies in the United Kingdom and Australia to help place PMETs who have been made redundant or are unemployed for three months or more. This partnership will be launched in the 2Q17.

The Singapore government is also planning to roll out more programmes to boost wage support for PMETs affected by redundancy.

For PMETs aged 40-49, wage support via the CSP will double to 40% for the first six months and 20% for the next six months. In total, up to S$25,200 of wage support will be provided over one year for employers.