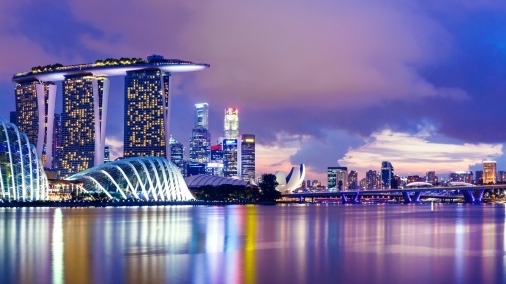 FGI measured the governance readiness of countries in the face of five 'megatrends'.

These megatrends were climate change and resource scarcity; technological advancement; ageing and urbanising population; shocks and crises; and slowbalisation.

For the five megatrends, Singapore ranked high in technological advancement, clinching first place; second for shocks and crises; and ninth for ageing and urbanising population.

For slowbalisation and climate change and resource scarcity, however, Singapore “performed below expectations,” ranking at 12 and 15, respectively.

The report suggested that Singapore tackle this megatrend further to close its future governance gap with Denmark, Sweden, Finland, Switzerland, and the Netherlands which hold the first to fifth ranks in the index.

“Economically developed and politically stable, Singapore boasts the human and financial capital to pursue greater growth and alleviate vulnerability to shocks, amidst shifting tides both domestically and in the international sphere,” FGM stated in the report.

“To attain inclusive growth, Singapore will have to tackle the fundamental challenges of empowering vulnerable lower-income households that are facing issues such as low intergenerational income mobility and income insecurity in their silver years, requiring upgrades to social safety provisions in future,” it added.