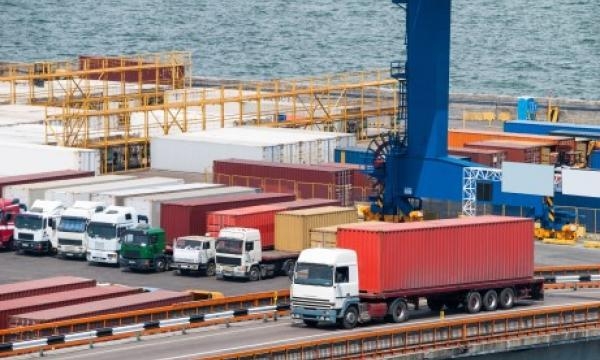 NODX expanded by 4.2% in February

Non-oil domestic exports (NODX) increased in February compared to the previous month, according to the latest data from Enterprise Singapore.

NODX grew by 4.2% in February, driven by non-electronic and electronic exports. Non-oil re-exports (NORX) likewise posted a 2.7% increase. These came of the heels of 12.7% and 8.8% growth, respectively in January.

Non-oil retained imports of intermediate goods (NORI) grew to $6.7b, or $1.2b higher than in the previous month.

However, on a year-on-year basis, total trade declined by 3.3% in February, continuing the decline of 1.9% seen in January. Total exports declined by 2% whilst imports decreased by 4.6% in February 2021.

On a year-on-year basis, electronic NODX grew by 7.4%, driven by PCs, telecommunication equipment, and diode and transistors, which expanded by 98.3%, 78.6% and 39.1%, respectively.

Whilst NODX to top markets declined as a whole, exports to China, South Korea, Taiwan and Hong Kong grew. The European Union, Japan, and United States declined by 34.7%, 18% and 5.3%, respetively but retained their spots as the largest contributors to NODX.

Domestic oil exports contracted by 28% YOY in February, following the 37.8% contraction recorded the month period due to low exports to the European Union, Hong Kong, and Malaysia.

The top three re-export destinations were China, Hong Kong and Indonesia, which all grew by 50.4%, 15.1% and 22.3%, respectively. Re-exports to South Korea, United States, Vietnam, Japan, and Taiwan posted a decline.