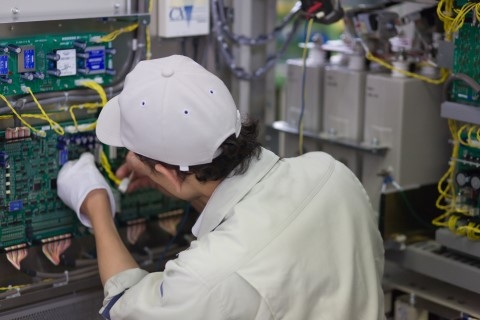 Singapore manufacturing output jumps 5% in May

Thanks to the surge in electronics production.

Singapore's manufacturing output rose 5% in May from a year ago as a surge in electronics production offset declines in biomedical and transport engineering output.

According to the Singapore Economic Board, the electronics cluster’s output increased 35.1% in May 2017 compared to the same month last year. All segments recorded higher output except the data storage segment. In particular, the semiconductors segment posted a robust growth of 48.3%. Cumulatively, output of the electronics cluster expanded 36.9% from January to May this year, compared to the same period last year.

The chemicals cluster’s output increased 5.3% on a year-on-year basis in May 2017. Growth in the cluster was led by the specialties and petrochemicals segments which grew 9.7% and 7.7% respectively. The specialties segment recorded higher production of additives for mineral oil while growth in the petrochemicals segment was due to the low base last year as some plants had maintenance shut down. On the other hand, the other chemicals segment contracted 4.5% with lower output of fragrances. In the first five months of this year, output of the chemicals cluster increased 2.4%, compared to the same period in 2016.

The transport engineering cluster’s output contracted 12.8% year-on-year in May 2017. The land transport and aerospace segments registered output growth of 16.4% and 2.2% respectively. By contrast, the marine & offshore engineering segment declined 28.0%, as rig-building activities and demand for oilfield & gasfield equipment remained weak. Additionally, the segment recorded lower levels of shipbuilding and repair activities. The transport engineering cluster decreased 11.8% in the first five months of 2017, compared to the same period last year.

The biomedical manufacturing cluster’s output shrank 22.2% in May 2017, compared to May 2016. The medical technology segment expanded 19.1% with higher export demand for medical devices, while the pharmaceuticals segment fell 32.6% with lower production of active pharmaceutical ingredients. Cumulatively, output of the biomedical manufacturing cluster decreased 13.9% from January to May, compared to the same period a year ago.