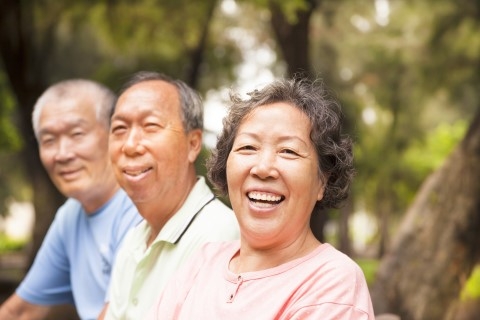 The government is encouraged to target older individuals aged 71 to 75.

Older adults in Singapore, aged 71 to 75, were still reluctant to get vaccinated for COVID-19, despite the country ranking high in its pace for vaccination, according to a survey by the Singapore Management University’s Center for Research on Successful Ageing (ROSA).

As of 24 June, about 25% of older adults above the age of 60 remain unvaccinated, when vaccination for people aged 70 and older has started on 22 February and for 60 years old and above, mid-March. This is low compared to the vaccination rate of 80% for individuals aged 12 to 39, despite their group's vaccination beginning only on 11 June.

The two most cited reasons why said older adults were hesitant to get vaccinated were: they were waiting to find out whether there are reports of negative side-effects (54.50% of the respondents) and they were waiting until the majority of their age group were vaccinated (25.71%).

Meanwhile, the top two reasons why the said older adults were against the vaccination were: they were worried about the vaccine’s negative side-effects (79.23%) and they do not believe in any form of vaccination (25.60%).

The study also revealed that among the respondents, those who are lower in socioeconomic status – particularly those with lower education levels, those who have one or more chronic health conditions, and those who are less socially integrated are less likely to have been vaccinated as of June 2021.

It is also notable that the respondents who did not plan to be vaccinated were the least likely to rely on newspapers and government sources.

ROSA Director Professor Paulin Straughan said they hope that the survey of older adults “enhances our understanding of what exactly is holding them back, and spurs more effective action that helps them to overcome their reservations towards vaccinations. To get to ‘Phase Endemic,’ we need to protect our population, especially the elderly and vulnerable.”

Micah Tan, research associate at ROSA, also said the findings of the study suggest that the fears of the adults should be understood. “This is especially so for family and friends of such individuals who play an important role in encouraging them. Only then can we provide them with the assurance they need to overcome their hesitation.”