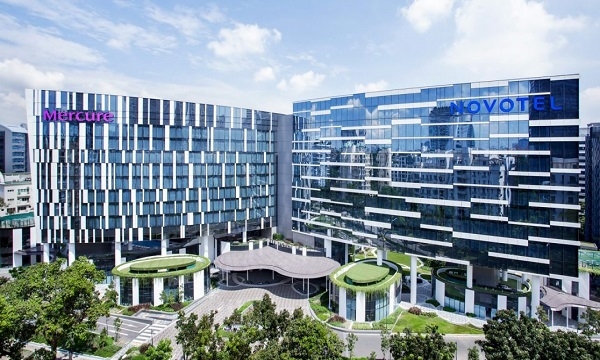 The deal may ease concerns on debt payment risks with its $450m retail bonds maturing in November 2019.

Oxley Holdings’ $950m hotel divestment through its subsidiary Oxley Gem could bring in an estimated 4.7% gross yield for the firm given how the price is at a 5% premium to its book value, according to DBS Equity Research.

Oxley accepted a letter of intent (LOI) from an unnamed party to acquire its Mercure and Novotel Hotels along Stevens Road that house a combined 772 rooms for $950m which translates to $1.23m per key.

The hotel, which started its operations in Q4 2017 hit an 84% occupancy rate in August 2018. However, it was still incurring an operating loss as of end-June 2018, DBS analysts noted.

“If the sale is completed, we believe the cash proceeds will be able to alleviate some of Oxley’s urgent cash requirements. The net debt-to-equity could potentially be reduced to 1.8x from 2.5x as at September 2018,” they highlighted.

That being said, key concerns still lie on the sale performance of Oxley’s 3,700 residential units of launch pipeline that is said to be the largest land bank in Singapore and unsold inventory. Likewise, the analysts added that the potential receipts of proceeds from some of the firm’s overseas projects such as Royal Wharf and its potential divestment of Dublin properties are also still of concern.

In March 2018, Oxley Holding’s subsidiary Oxley Docklands and National Asset North Quays DAC sold the 300-year lease of No. 1 Dublin Landings in Ireland to Sol Estate Propco IE Dublin Landings SARL for $266.21m (€164.2m), of which 77.53% of the price will go to Oxley Docklands. It also announced the lease of Dublin Landings Block D2 for $167m (€106.5m) in November 2018, and Oxley said its cashflow from the sale would strengthen the group’s financial position.