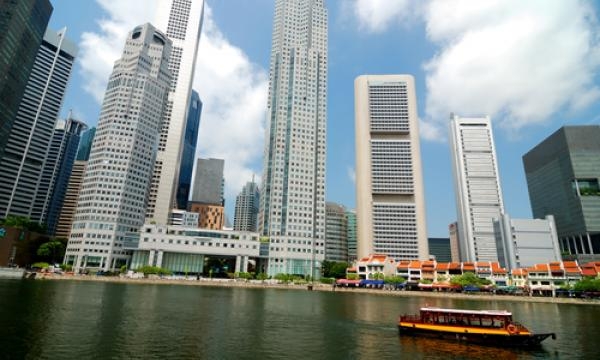 Singapore's manufacturing output has expanded for the fifth straight month.

Manufacturing output increased for the fifth straight month by 7.6% year-on-year in March, according to latest data from the Singapore Economic Development Board (EDB).

This puts the first quarter figure to a 10.7% increase compared to the same period last year.

Amongst the sectors, electronics output hit a three month high at 33.7% growth in March. This was driven by a 37.8% growth in the semiconductors segment, and a 27.4% growth in the peripherals & data storage segment. Semiconductor growth was supported by the demand for 5G markets, cloud services and data centers.

Output in the chemicals sector increased by 9.5%, as a low base last year led to a 21.7% growth in the petrochemicals segment. The specialties segment expanded by 10.9% due to higher production of mineral additives.

Precision engineering output grew by 6.6%, as the machinery and systems segment grew by 8.3% to support the hifher production of semiconductor equipment.

Biomedical manufacturing output contracted by 6.6% despite a 23.3% growth in the medical technology segment, as the pharmaceuticals segment declined by 9.6%

On a quarterly basis, the electronics, chemicals and precision engineering sectors grew by 28.1%, 7.0% and 12.2% respectively.

The general manufacturing, biomedical manufacturing and transport engineering sectors contracted by 1.9%, 0.9% and 20.8% respectively for the first quarter.