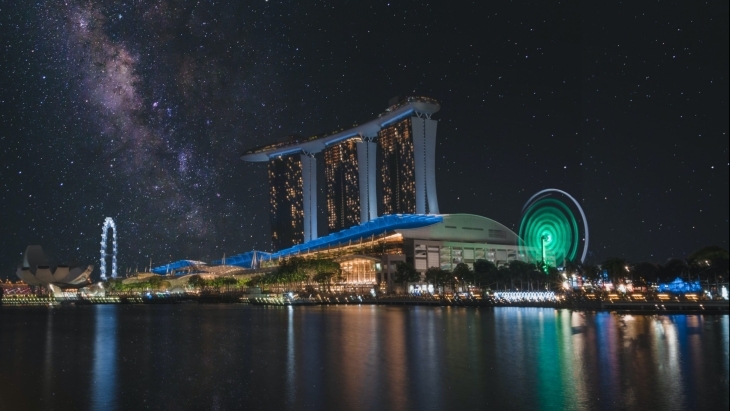 Singapore firms scramble to go public in the last month of the year.

Initial public offerings (IPOs) had a slow start on the Singapore Exchange (SGX) in 2021, with only seven listings in the first three quarters of the year. But listings more than doubled in the last two months of the year, with eight new IPOs as of 15 December.

This is still lower than the 16 IPOs listed in 2020, but when it comes to market cap, 2021’s performance has already surpassed that of the previous year. Digital Core REIT, which has raised the highest amount at approximately $819m (US$600m), was only listed on 6 December. The REIT’s initial portfolio comprises ten data centres in the U.S. and Canada, valued at an approximate $1.03b (US$1.4b). It is sponsored and externally managed by US-based firm Digital Realty.

“There are at least two [more listings], the chunky ones, that pulled up the figures before the end of the year,” said Tay Hwee Ling, Audit Partner for Deloitte Singapore in an interview with Singapore Business Review.

As of 15 December, SGX IPOs raised an approximate total of $1.656b. In comparison, there were 16 fresh listings on the SGX and Catalist in 2020, raising an approximate total of $1.3b. Nine of these companies were listed in the latter half of the year, with Singapore-based Nanofilm Technologies raising $510m in October. Nanofilm also has the highest IPO market cap, at $1.7b.

“There’s this interesting observation for the last couple of weeks. If you look at 2020, Singapore went into a circuit breaker... transaction flow came down and there’s practically no IPO. But the moment we got out of the circuit breaker, we saw a lot of IPOs. It’s similar for this year, as well. We didn’t have a circuit breaker but we had a heightened alert,” Tay said.

She added that the capital market in Southeast Asia, particularly in Singapore, continued to be very active in 2021. The pandemic merely pushed back IPO plans, but these plans still pushed through at the end of the year.

The SGX published its rules for the listing of special purpose acquisition companies (SPACs) in 2 September 2021, a move that went through several consultations whilst these blank cheque companies saw a resurgence in the US market.

SPAC listings in Singapore are based on US listing requirements, but with a few caveats that hold sponsors accountable for their actions, should the IPO push through.

“We stayed quite aligned with what the market expects from a SPAC framework from what we observed from the US market. The minor difference is a critical item: putting the skin in the game for the sponsor,” Tay said.

From a regulatory perspective, she cited two key differences between Singapore and US SPACs.

First, the SPAC framework in Singapore has a moratorium on sponsor’s shares from IPO to de-SPAC, followed by another six-month moratorium after the de-SPAC for the sponsors and applicable resulting issuers, and an additional six-month moratorium on 50% of shareholdings. Second, sponsors and management teams involved in Singapore SPACs must subscribe to at least 2.5% to 3.5% of the IPO shares depending on the market capitalisation of the SPAC. These two provisions are not imposed in the US market.

Minimum market capitalisation for Singapore SPACs is at $150m, higher than the US requirement of $70 to $150m (approximately US$50m to US$100m). The de-SPAC must occur within 24 months after the SPAC IPO, with an allowed extension of 12 months subject to prescribed conditions. This is shorter than the allowed extension in the US, which can be up to 36 months subject to shareholder approval.

Whilst there is currently no SPACs listed in the SGX as of 15 December, media reports have revealedthe following potential SPAC sponsors: Tikehau Capital, Vertex Holdings, Novo Tellus, Turmeric Capital, and Catcha Group.

Unicorns could be the potential target companies of SPACs in Singapore, according to a research from CGS-CIMB penned by Andrea Choong and William Tng, which could include private companies from China and India.

“Novo Tellus focuses mainly on tech-related investments. Singapore investors would be familiar with AEM Holdings Ltd, a multi-bagger investment made by Novo Tellus. Roughly eight years ago, AEM was on the brink of bankruptcy and faced a possible delisting from the Singapore Exchange. Today, AEM is the sole supplier of test handlers to the largest semiconductor company in the world,” CGS-CIMB said, noting that Novo Tellus has a track record of successful investments and exits.

Potential investee companies for a SPAC in Novo Tellus’ portfolio, according to CGS-CIMB, include Novoflex, Tessolve, and Sunningdale Tech.

“SPACs could play a role in granting deep tech start-ups access to capital and continuous funding for the long gestation period needed for their products or solutions,” CGS-CIMB said.

For her part, Deloitte’s Tay said that Singapore SPACs have an added advantage of the investors coming from the consumers of the target acquisition companies.

“A lot of Singapore tech companies are looking at the US because of the value offered to them and the de-SPAC route that is perceived to be faster. But if Singapore’s SPACs take off well, I would be quite optimistic that some of these high-growth tech companies are looking to list in Singapore as well for a very simple logic: your investors are also your consumers. They understand you and value you well,” she said.

With the holiday season approaching and the new year looming, it is likely that the first batch of SPAC listings on the SGX would happen early next year. This, along with REITs, are going to be bright spots in the capital market in 2022, Tay said.

“I’m still quite optimistic for 2022, because we see a few bright spots: the REITs are coming back, and the SPACs are giving Southeast Asia and Singapore-based tech companies a good alternative option that they can tap on,” the audit partner for Deloitte said. “These two would be strong agents for the Singapore market next year.”

Social restrictions and global supply chain issues have delayed or downright canceled business plans all over the world. And it is likely that these conditions will continue with the discovery of the Omicron variant of COVID-19 in December 2021.

But just like in the previous years, Tay expects the new variant to merely delay IPO plans in the Singapore market, not derail them completely. “It will potentially stall the market, but it will not stop the [transactions],” Tay said.