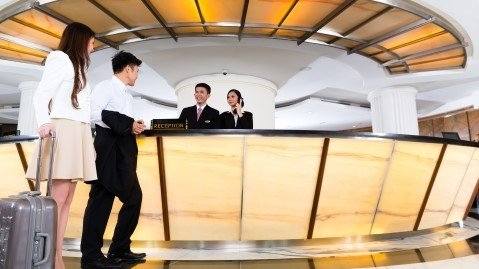 CDL Hospitality Trusts posted a 24.4% increase in net property income (NPI) in the first half (H1) to S$37m from S$29.7m in the same period last year.

The increase in NPI was driven by higher net property income recorded for Maldives Resorts, New Zealand, UK, Germany, and Italy hotels, it said in a press release.

CDLHT also noted that whilst there was contribution from W Hotel acquired in July last year for H1 2021, it was offset by the absence of contribution from Novotel Singapore Clarke Quay (NCQ) and Novotel Brisbane which were divested in July and October 2020, respectively.

The group’s revenue also increased by 27.2% year-on-year (YoY) to S$66.2m, of which S$48.3m, inclusive of S$18.6m fixed rent, was contributed by Singapore and New Zealand hotels, as well as Maldives Resorts.

Despite the increase in NPI, however, the total distribution of CDL Hospitality Trusts dropped by 18.5% to S$15m from S$18.4m in the same period last year. Distribution per stapled securityholders was at 1.22 cents, a decrease of 19.2% YoY.

It said that the NPI increase of S$5.4m for the UK hotels and Raffles Maldives Meradhoo “did not contribute to a corresponding increase in distribution, as part of the increase was largely due to the low base effect attributed to losses in NPI recorded in H1 2020, coupled with expenses below NPI that have to be accounted for.”

It is also due to the post-rent restructuring for Germany and Italy hotels, where accounting rent recorded was higher than actual rent received and there was no distribution available from actual rent received after deduction of interest costs. It also cited the absence of a “one-off contribution” of S$0.8m from the dissolution of the MCST relating to the divestment of NCQ in H1 2020, which did not recur this year.

“The performance of our UK and Germany hotels has been encouraging, and we are experiencing some of the highest occupancies since the onset of COVID-19. We are optimistic that such form of recovery could follow in other markets upon the continued easing of restrictions and quarantine requirements,” Vincent Yeo, CEO of CDLHT’s managers, said, noting that restrictions have been eased and international travels have been restarted in Europe.

“As we head towards travel normalcy, we will continue to work closely with our operators and lessees to ride on the recovery, while maintaining tight costs control measures to protect the bottom line,” he added.