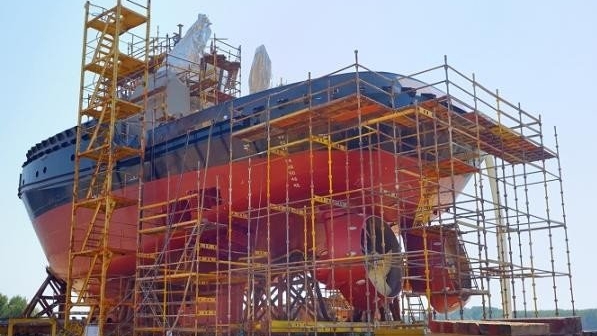 Yangzijiang Shipbuilding (Holdings) Ltd. posted a 39% year-on-year (YoY) increase in net profit attributable to shareholders in the first half (H1) of 2021 to RMB1.64b, from S$1.2b in the same period last year, despite a decline in revenues.

The group's revenue fell 20% YoY to RMB6.6b in H1, noting that its core shipbuilding segment generated RMB4.78b in the first six months with only 23 vessels delivered, from RMB5.92b in the same period last year when it delivered 28 vessels.

Meanwhile, Yangzijiang reported other gains at RMB351.7m in H1, a 153% from RMB139.2 in the same period last year due to a higher fair value gain foreign exchange related gains and higher subsidy income. Its disposal of one unit of 82,000 deadweight tonnage bulk carriers by its shipping arm brought a gain of RMB25.4m during the period.

Its gross profit declined by 15% YoY to RMB1.69b due to lower revenues but was partially offset by a higher gross margin at 26% compared to 24% in the same period last year.

The group remains confident to “further capture market share within the clean energy sector as more shipowners look to purchase similar vessels to ensure functionality and relevance of their new-built vessels.”

“In 2021, there were significant breakthroughs for the group as we secured our first batch of 40,000 CBM LPG vessels and liquified natural gas (LNG) dual-fuel 7,000 twenty-foot equivalent unit containerships, both of which are unprecedented in the group’s shipbuilding history. This represents the group’s commitment towards environmental sustainability and we look to further solidify our competitive advantages in the LNG market and play our part against climate change,” Yangzijiang Executive Chairman and CEO Ren Letian said.

Yangzijiang currently has an order book of US$8.65b for 167 vessels, following a record-high order wins for 112 vessels at US$6.67b.