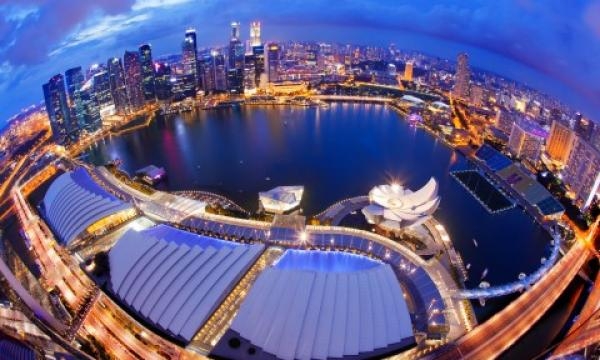 Singapore dominated Asia-Pacific cross border capital outflows in Q1 with US$21.8b in cross-border commercial real estate investment in the 12 months leading to Q1 2019, according to property consultant Knight Frank. The headline figure represents a 23% increase from US$17.1b in the same period in 2018.

Singapore also ranks alongside US, Luxembourg, Germany, Switzerland, Norway, Qatar, UAE, Japan and Taiwan as the ten most likely sources of cross-border capital flows. Investors from Singapore were found to have sought out and channeled capital into alternative asset classes in Western markets, effectively reducing their exposure to the region's retail assets, which were previously thought of as a core asset class.

Specifically, institutional investors from Singapore channelled money into purpose-built student accommodation (PBSA) which was the case when Singapore Press Holdings (SPH) added £133.7m worth of assets to its UK student property portfolio, increasing its portfolio by 1,243 beds to 5,059 beds across 20 assets in ten cities. In fact, outbound investment from Asia-Pacific markets into UK student property has risen by 47% in the last five years, according to RCA data compiled by Knight Frank, signifying how the sector delivers attractive returns compared to traditional global asset classes and has performed well against economic downturns.

Also read: Singapore's pool of foreign properties is the largest in Asia

"The majority of investors based in Asia-Pacific who are looking to invest in PBSA are heavily weighted in traditional asset classes in their home region and are now looking to divest to other locations and sectors. To gain an immediate platform, large scale portfolios are at the top of the requirement list, hence the big jump in cross-border investment in recent years," Emily Fell, director, Capital Markets, Knight Frank Asia Pacific, said in a statement.

The decline in Chinese outbound capital weighed heavily on headline figures for Asia Pacific which dropped 34% to US$57b and trailed behind North America (US$110b) and Europe (US$104b).

In terms of inbound capital, Singapore ranked fifth place in APAC after receiving US$3.9b in investments in the 12 months to Q1 2019. This represents a 49% surge from US$2.6b in the same period in 2018.

“China’s maturing market has been a target, not only for Singaporean investors but for US private equity and Hong Kong-based capital. Whilst Tier-1 markets continue to attract the lion’s share of capital, some investors are exploring dynamic Tier-2 markets," Neil Brookes, Asia-Pacific Head of Capital Markets, Knight Frank, said in a statement.

Despite holding back on property investments, China was ranked as the largest recipient of cross-border commercial real estate investments after receiving US$14.3b, putting it ahead of Australia, South Korea and Japan. Hong Kong came in a sixth place after cross-border capital inflows crashed 52% to US$3.9b followed by India (US$2.7b). Taiwan and New Zealand both received US$1.2b in investments and Malaysia rounded out the top ten at US$0.7b.