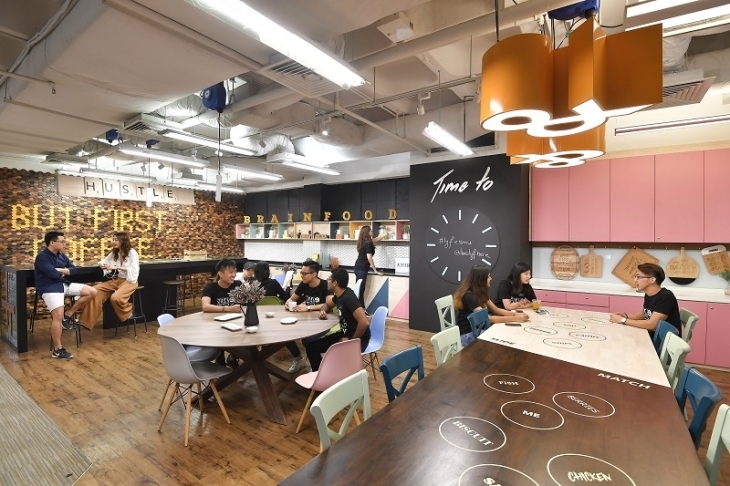 Singaporean millennials are hopping in on the co-living trend

Tech company Hmlet facilitates rentals for users for as short as three months and for $900 per room.

Every year, millennial travellers are spending more than US$200b, and are set to be the largest spending travel demographic by 2020.

"Millennials are highly adaptable and much more willing to share facilities. When they seek out accommodation, it is not just about a room night’s stay, but also about the social experience and being able to plug into the local community," said The Ascott Limited (Ascott) vice president for Brand & Marketing and Digital Innovation Mindy Teo.

As a response, coliving spaces for the travelling generation have emerged and a few have started playing around with the concept. Such was the story of 28 year old Yoan Kamalski and 36 year old Zenos Schmickrath co-founders of coliving technology Hmlet.

"I believe Singapore is moving towards this new trend. Many studies show that humans are happier and more fulfilled thanks to the connections and people in their lives, not so much because of money, success or fame. Real estate in Singapore and Hong Kong is highly priced, and because of our demanding type of mentality, the co-living concept is a necessity," said Hmlet CEO Yoan Kamalski.

Hmlet allows users to find room rentals on a month-by-month basis with a minimum commitment of three months. Rooms have basic necessities like water, electricity, internet, and cleaning & ironing services.

Users can apply for membership through a form where they can choose the type and price of the room, the location, their length of stay, the number of people to live with, and even the necessities they want. Right after, the applicants are put through personality matches, so that they can live with roommates they aren’t likely to complain about.

According to the website, the cheapest rooms are priced at $900 whilst the premium master’s bedrooms can cost up to $2000 per month. The properties automatically provide services like cleaning and ironing. Kamalski said they will soon add chef services to their lineup of services.

28-year old expatriate Jenni Ukkonen notes that the more flexible contracts and the promise of friendly connections in a foreign land convinced her to rent in Hmlet. Since she is currently employed as a community and events associate intern, she’s benefitting from the friendly bonds in the co-living hub.

“I have made great friends with all my flatmates and in a way, I feel like I have a family in Singapore now,” she said. “One of the great advantages is that everything is included in your fixed monthly rent. It is something that you appreciate as a Millennial expat.”

Co-living is more practical and economical said Carol Chen,35, CEO and founder of designer dress rental startup Covetella, who also chose to reside in Hmlet instead of a traditional apartment.

“I've become best friends with some of my housemates and so far I haven't lived with anyone I didn't like,” she said, although she admitted there can be some lack of complete privacy and inconvenience when guests visit.

Millennials are driving the demand
Myles Huang, director of research in Asia Pacific capital markets at JLL said there is “very strong interest” for co-living arrangements among millennials like Carol and Jenni who were born between the early 1980s and early 2000s, as they are more open to the idea of social networking and the sharing economy.

“Co-living houses may offer short-term accommodation and host regular events for residents, many of which are students, startup founders or employees, young professionals, as well as artists and creatives,” he said. “In a sense, it is student accommodation for grown-ups.”

Co-living has also become popular due to rising accommodation costs in cities like Singapore, which was ranked the fifth most expensive city in the world to rent a home, according to U.K.-based property portal Nested.

“Many singles, students or young workers find conventional apartments out of their reach because of high rents, deposits and furnishing costs,” said Huang. “Although pricings of co-living space are quite diverse, they are generally more affordable.”

Industry giants like Ascott have also responded in a pretty similar view. It has acquired properties under its lyf brand. It has secured lyf Wu Tong Island Shenzhen and lyf DDA Dalian in China which are scheduled to open in 2018, followed by lyf Funan Singapore in 2020 and lyf Farrer Park Singapore in 2021.

Ascott has tried out lyf@SMU to field test various coliving concepts and community building activities, and build a data reservoir of user preferences and space usage patterns as the influence of millennials becomes ever more widespread.

“We are open to both investment and management contracts in markets where we see demand for such coliving spaces,” said Teo.

But Daniel Beck, CEO and founder of co-living.com warned that as more big players join the market, there might be a need for developers to diversify beyond cities and professionals in the gig economy, and competing not only in price but also differentiation.

“We need to see someone go for suburbs and exotic destinations,” he said. “ I’d love to see co-living in more remote destinations, getting away from cities, and niche communities such as surfing, skiing, climbing, mixed martial arts and bicycling.”

“Co-living is helping people balance their lifestyles, finances and natural desire to connect,” said Kamalski. “We want to revive communal and meaningful interactions in a way that amplifies creativity and empowers our members.”