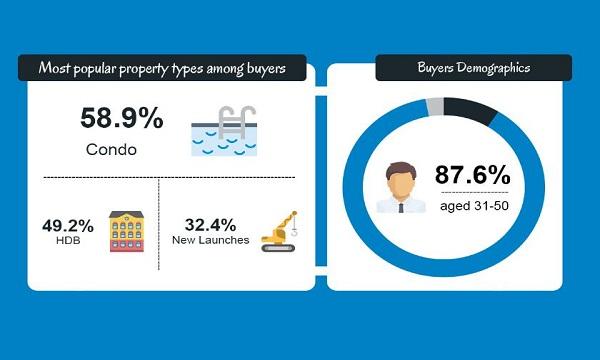 More than half of property agents said so.

If the iProperty.com's latest survey is anything to go by, then Singapore property buyers seem to be more interested in owning a condomonium unit than any other type of housing.

According to the iProperty Agent Survey 2016, 58.9% of the surveyed property agents indicated that condominiums garner the highest level of interest from buyers. HDB flats came next, followed by new launches.

In terms of the most popular districts, 28.8% of respondents indicated that District 19, comprising of Punggol, Sengkang, Serangoon Gardens, was popular among buyers. The two other popular districts were District 10 which encloses Bukit Timah, Holland, Balmoral and District 15, which comprises Joo Chiat, Marine Parade, Katong.

The survey also revealed that buyers do not really care about the property's proximity to MRT or bus stations as much as they care about price and location. But for sellers, the proximity to train and bus stops greatly affects the asking price for a property.