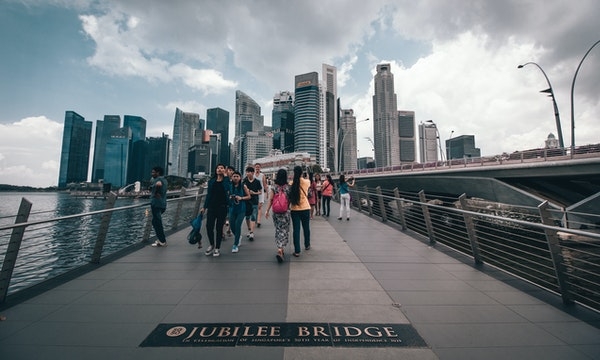 Next to family, health and job security, space is one of the key concerns of Singaporeans.

The Singaporeans’ state of mind has been affected by the limited living space in their homes, a survey commissioned by StorHub Self Storage reveals.

The poll examined the impact on residents of the lack of space, their interpretation of space based on the different generations, and the optimisation of space depending on need.

“Space is a limited commodity in Singapore. This poll helped us understand and examine deeply how the pandemic may have exacerbated and impacted Singaporeans' state of mind and mental well-being,” said StorHub Self Storage (Singapore) CEO Luigi La Tona.

Over 53% cited poor space allocation as contributor to discomfort, stress, and dissatisfaction among family members. La Tona said the poor management of space leads to the detriment of the mental well-being of Singaporeans.

"The findings have demonstrated that poor management of space leads to compromised mental wellbeing for many Singaporeans. It reiterates the point that it is not healthy to be confined in small spaces for long periods of time,” he said.

Based on the ranking of key concerns, the need for space was listed as the fourth most important at 48%. Taking the top three spots were family, health, and job security at 63%, 59%, and 51%, respectively.

Many respondents said the concern about living space came about as a consequence of the circuit breaker measures carried out during the height of the pandemic.

Older Singaporeans, aged 36 to 60, believed that the lack of space was restrictive and impacted their state of mind. They scored higher at 65%, compared to the 53% of younger Singaporeans aged 18 to 23.

The survey also showed that 63% of Singaporeans kept items that they did not use for more than 24 months. On the other hand, 75% decluttered their homes during the pandemic.

More than 62% agreed that bigger homes and more space will help in adapting to the change.