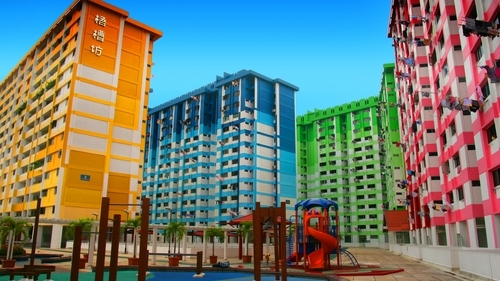 Despite reverting to Phase 2 of the reopening of the economy, buying sentiment has not waned and is likely to result in high nominal GDP growth. With this, private residential prices are expected to rise by 5.5% YoY.

In a recent research by Savills, it was reported that developers are riding on the spillover of positive buyer sentiment from last year as it continued to launch more units since the start of 2021.

In Q1 of 2021, developers launched a total of 3,716 private residential units for sale, 18.1% higher than the 3,147 units launched in the previous quarter. Compared to the same period a year ago, the increase of 77.5% was much larger.

Out of which, the bulk of the launched units came from a mega project – Normanton Park, with 1,862 units. This project made up 50.1% of the total launched units in Q1.

Apart from strong new sales, transaction volumes in the secondary market also grew by 6.5% QoQ to 4,607 units, which may be due to uncertainties in construction delays and the significant price gap between new and resale properties.

It was also reported that the purchase of non-landed properties by Singaporeans was 5,755 units in Q1, 12.7% higher than the 4,946 units in the previous quarter.

Residential Property
Get Singapore Business Review - The Latest News, Headlines, Insight, Commentary & Analysis in your inbox
Since you're here...