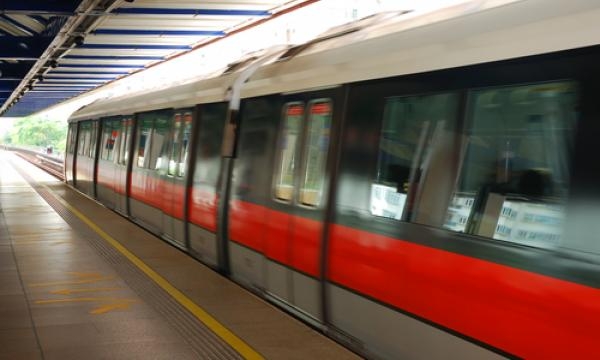 The international think tank says railway infrastructure will be responsible for the construction market’s growth over the coming decade.

With the government setting the Green Plan 2030 into motion, an international think tank said railways would account for a lion’s share of future infrastructure and construction growth.

“We expect the railway infrastructure sector to account for the vast majority of infrastructure industry value inSingapore, and will be responsible for much of the construction market's growth over the coming decade.Oneof Singapore’s key strategies for sustainability has been to move toward a vehicle-light society, which will require anexpansion of the public transportation system, particularly in its Mass Rapid Transit (MRT) network,” Fitch Solutions said in a statement.

It reiterated the Green Plan’s targets to expand the rail network to 360 km by the early 2030s from today’s approximately 230 km and have 75% trips during peak periods be done through mass transport by 2030.

Fitch added that while Singapore’s current rail network is well-developed, it has not kept up with population growh and immigration rates. Thus the government has to continue investing in the sub-sector.

“Given the government's extensive expertise in planning and execution of metroprojects in Singapore, we believe that execution will be smooth and delays will be minimal (barring some of the near-term construction disruptions from the Covid-19 pandemic). Many of these projects are also likely to see sustainedsupport given that public transit overcrowding has become a politically charged issue following a string of high-profilebreakdowns in recent years,” Fitch said.

The Green Plan 2030 also aims to phase out all internal combustion engine vehicles and have all vehicles run on clean energy by 2040.

“Our Autos team forecasts EV sales to reach an annual sales volume of over 6,900 units annually by 2030. Although thiswill only represent a market share of 3.7% of total domestic vehicle fleet, the combination of its wealthy population,small fleet size, more EV models and our belief that the government will expand its incentives for EVs after the initialthree year period of current incentives, offer significant upside potential for EV sales in Singapore,” Fitch Solutions said.

While the solar energy sector is also expected to grow, Fitch said it will be limited by land constraints, and any solar growth would have to be in the form of rooftop solar or floating solar, with limited scope for large-scale solar facilities.

“We forecast Singapore to reach slightly over 1.5GW of solar capacity by 2030, with some upside riskto our forecasts if sufficient incentives are introduced to encouragecommercial and industrial players, such as largemanufacturing facilitiesor large property owners, to switch and invest in solar capacity at their properties,” Fitch said, adding that Singapore’s mature and saturated power market leaves little incentive to develop new large capacity infrastructures.