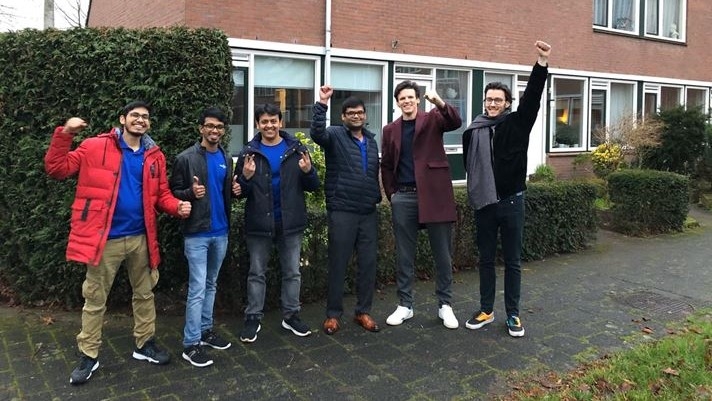 Founded in 2018 by Dr. Kush Agarwal, who also serves as the startup's CEO, WaveScan’s mission is to revolutionise the way infrastructure and facilities are planned, built, and managed today.

According to Agarwal, today’s built environment sector generally uses conventional contact-based scanners, which involves manual labour for inspection and data processing. However, Agarwal argues that this process is not only time-consuming and tedious but also inhibits proactive inspection of infrastructure.

However, today's data analysis is costly and the solution he came up with was to develop an end-to-end AI-enabled infrastructure maintenance solution by digitising the entire process. This significantly minimises the work of professional engineers and assists them with classified defects tagged using AI algorithms in 3D scan images.

The company developed NDT scanner systems that integrate with robots for automated see-through structural inspections at two ultra-wideband frequency spectrums – lower gigahertz and millimetre-wave. The system is powered by WaveScan’s software platforms that use AI algorithms, enabling the user to visualize, analyze, and interact with the scan results.

With WaveScan’s technology, they are able to identify sub-surface defects such as cracks, corrosion, and precursor pitting, as well as embedded structural defects, such as tile disbonds, delamination, and loose or broken metal brackets for facade inspections.

Additionally, the same scanners can also be used for structural defects in metallic rebars embedded within concrete structures and indoor facility maintenance issues such as scanning hidden pipelines and wiring, pest and rodent infestation detection behind walls and floorings, and water leakage detection.

“Our solution also applies to the oil and gas, automotive, and aviation sectors for diverse structural inspections. Once the user knows the structural info of the asset, they can plan the repair work and safety measures as per the industry standards and protocols,” Agarwal added.

Currently, WaveScan is gearing up towards launching the first version of its proprietary technology. The startup recently raised an undisclosed seven-figure amount in its first seed funding round led by Silicon Solution Ventures.

“Over the last two years, we’ve been developing our scanning technology, which is in the final stages of the product launch this third quarter of 2021. This proprietary scanner system is designed to integrate with automated robotic platforms such as arms and crawlers. We are also in the process of testing the drone version of our scanner for more focused applications such as facade inspections of high-rise buildings,” Agarwal added.

WaveScan aims to work with the largest infrastructure corporate companies not just in Singapore but Malaysia, Japan, Europe, Hong Kong, Thailand, and the UK.

"We’re actively advancing our technology and filing patents for its defensibility. Currently, we have sizable traction with 50 over MNC clients, and we’re aiming to build over it successfully. With strong research and development support from the Singapore government, we’re also working towards the next versions of our scanner systems that will be highly advanced and will form the next state-of-the-art. As we grow as a company, we aim to be a global trailblazer and market leader in this segment of electromagnetics-based NDT sensor technology,” Agarwal said.

“The future of scanning systems is the multi-sensor approach, where few of these scientific techniques like microwave, millimetre-wave, and ultrasonic, amongst others, will merge to complement each other for diverse defect detection,” Agarwal added.