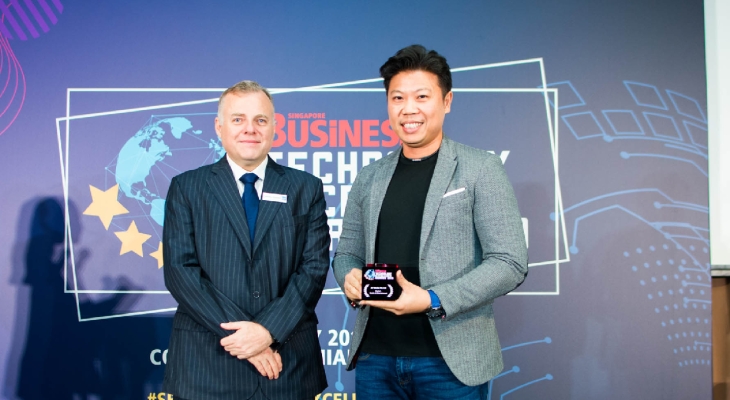 This milestone has earned the reputable media and advertising agency the Digital Award for media and entertainment.

Renowned and respected for their exceptional work in designing and developing Virtual Reality (VR) video productions, AP Media Pte Ltd made history by accomplishing the first multi-camera, multi-stream 360 VR video live broadcast of a major event in Asia with their coverage of Singapore’s National Day Parade (NDP) in 2017.

This milestone has earned the reputable media and advertising agency the Digital Award for media and entertainment during the recently concluded Technology Excellence Awards (TEA). It has also shaped the future of live 360 broadcast and the media involved in large-scale events.

“We had worked for many months to make things happen for this project, doing crazy things to deliver many firsts to audiences…Thank you for the trust and meeting our high expectations,” Lt. Col. Alfred Ng, NDP 2017’s chairman for branding and publicity said, addressing AP Media.

This setup allowed viewers to watch the performers up close and acquire a firsthand virtual feel from the multi-camera broadcast’s different perspectives, including streams from impossible angles such as the exhilarating dive by the Red Lions, Singapore’s favorite parachute jumpers.

This broadcast allowed the audience to become part of the action and brought them an NDP experience from the audience and performers’ points of view online. With this digital innovation, they were able to navigate and browse around various 360 views of the performers onstage, the spectators on the stands and the goings-on at the backstage.

Beyond this, the audiences were also able to stream the most exquisite segments in the parade like never before. Besides the rousing Red Lions skydive, the National Parade viewers were treated to a first-person perspective from equally exciting bits such as the Naval Helocast, the Terrorist and the Police Coast Boat Chase scenes.

In total, the broadcast garnered over 275,000 online views and 6,500 live views organically without paid views.

Despite the broadcast’s success, the team did not fall short on the challenges set against them.

The team went through the nit and grit of live programming with 360 content curation, real-time stitching, calibration and synchronisation of a 4K stream and integrated all these with a dedicated ISP from the telco and troubleshooting stream with Google’s YouTube, so that they could offer a vastly superior user experience together with AP Media’s advanced camera system.

The new VR livestream workflow with one software on a single computer system also complements all these hardware integration, warranting a realisation of a full-blown multi-camera live VR production.

Recognising Singapore’s leading companies in technology innovation, the Technology Excellence Awards lauds outstanding companies that have pioneered groundbreaking IT products and solutions and implemented avant-garde technology initiatives that made an impact in their business.

The Technology Excellence Awards, presented by Singapore Business Review, was held on 30 May 2019 at the Conrad Centennial Singapore.

If you would like to join the 2020 awards and be acclaimed for your company’s exceptional technology innovations, please email Julie Anne Nuñez at julie@charltonmediamail.com