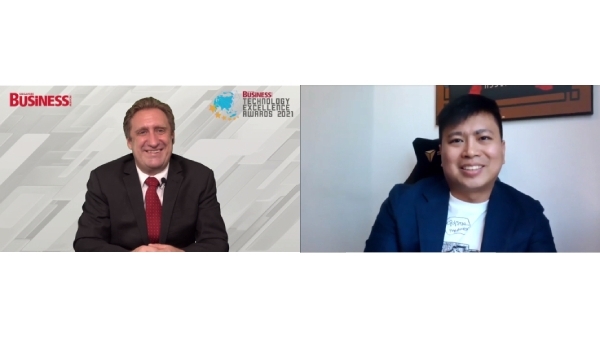 The company makes insurance available to freelancers and young adults who are just starting out in their careers.

As society evolves and shifts its gaze into the future, one of the most significant roles of insurance is to protect the lives and livelihoods of people, regardless of their status in life.

Therefore, Singapore Business Review (SBR) has recognised the accomplishments of companies that target the fulfilment of this role through their trailblazing products, services and strategies, as well as the successful accomplishment of their objectives. One company that stood out in this field is NTUC Income (Income), which received this year's Mobile and API awards in both life and business insurance categories.

As Singapore's leading composite insurance provider of life, health, and general insurance, Income's goal to make insurance accessible to all Singaporeans has led to two progressive solutions that target new segments in Singapore's bustling community: SNACK, which targets the digital-first generation, largely millennials and first-jobbers, and GigSurance, that caters to "gig" workers--or freelancers who participate in ‘digital enabled jobs’.

SNACK is an industry-first lifestyle-based insurance proposition that has revolutionised the way consumers engage with, purchase, and obtain insurance in Singapore. It reimagines the conventional channels of obtaining insurance, making insurance ‘invisible’ and integrated with customers’ lifestyles.

SNACK was designed to resonate with people who prefer to have flexible cash flows to see to other financial commitments but yet at the same time, benefit from insurance protection.

Catering to individuals who are just starting out in their first jobs, or are still pursuing their full-time studies, users can use the SNACK mobile app to easily build their Term Life, Personal Accident, or Critical Illness insurance coverage by paying micro-premiums ($0.30, $0.50 or $0.70) and accumulating micro-policies that offer a specified assured sum.

The insured decides when, and how frequent premiums are paid by linking payment to lifestyle triggers on the SNACK app, such as when ordering food, exercising, buying groceries, or even taking public transport. Each micro-policy, issued when a micro-premium is paid, covers the insured for 360 days.

Within six months after launch, 60,000 customers had downloaded the app, and more than 21,500 customers had signed up for a SNACK user account to build their insurance coverage. More than 80,000 policies have been issued to-date, with a sum of $42 million assured across Term Life, Critical Illness, and Personal Accident categories in Singapore

SNACK’s value proposition has also since gained traction amongst the gig economy sector. In its partnership with foodpanda, riders can build up their insurance coverage by paying micro premiums linked to each delivery they complete. To date, more than 10 foodpanda riders have achieved the highest sum assured for their personal accident plans.

GigSurance is the first truly usage-based personal accident insurance for freelance workers. Anchoring on FastJob’s service to link gig workers to available temporary roles via their FastGIG technology platform, workers are covered for the exact period down to the hours, during which they are engaged in their gig-based work.

Conventional employee benefits insurance plans in the market make it difficult for companies to purchase insurance coverage for gig workers since they might be staying with the company for just a few weeks—or even days.

GigSurance has reduced the financial commitment traditionally required by a company for group insurance products. Therefore, insurance premiums are no longer based on a 12-month annual term, but instead hourly micro-premiums are charged based on the type of gig assignments.

So far, GigSurance has issued over 4,500 policies within 6 months post-launch, insuring 33,000 hours of gig-based work.

The Technology Excellence Awards, presented by Singapore Business Review, was held via studio award presentations and video conferencing sessions throughout the second and third week of April.

If you would like to join the 2022 awards and be acclaimed for your company’s exceptional technological innovations, please email Jane Patiag at jane@charltonmediamail.com.