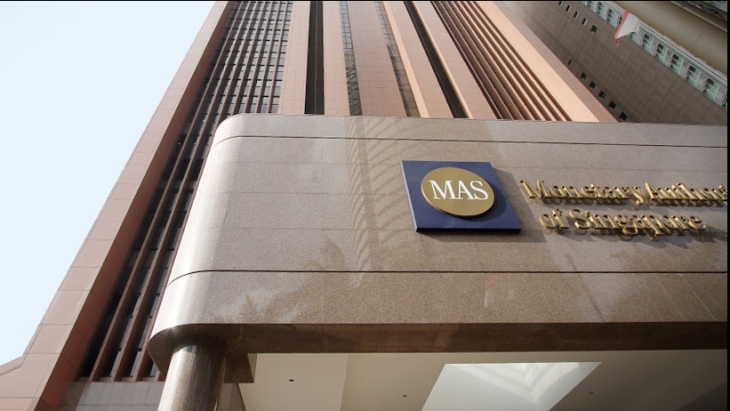 Experts believe that the S$NEER slope will be raised to 2% in October.

The Monetary Authority of Singapore's (MAS) recent upward re-centring of the S$NEER slope to slowdown inflation will not be the last for 2022, according to analysts, adding that the October policy tightening is still on the cards.

The re-centring in July was MAS' fourth policy tightening and the second off-cycle move since October 2021.

Overall, Standard Chartered said the MAS has tightened policy "aggressively" by 510 bps, and a 50pbs slope increase will be likely in October.

According to Maybank and UOB Kay Hian, the current slope of the S$NEER is likely at 1.5% above the previous mid-point following MAS' re-tightening.

"We expect the SGD NEER to continue to trade in the upper half of the policy band in the coming months, with around 1.5% above the midpoint being the neutral level," StanChart said.

UOB Kay Hian echoed this, adding that the current slope still "has room to go higher when we look at historical episodes of MAS policy decisions."

"Our expectation is for the slope to be raised to 2% in October," added UOB Kay Hian.

UOB Kay Hian also warned that a double-tightening or an ever steeper slope of 2.5% cannot be ruled out if core inflation accelerates above 4% in the next few months.

An above 4% core inflation can trigger another off-cycle move from the MAS, according to UOB Kay Hian.

"We see a lower probability for another off-cycle announcement in August to September, unless we get an extreme acceleration in CPI inflation numbers for July and August," said UOB Kay Hian.

"MAS highlighted that core inflation will likely breach +4% in the near term, before easing towards the end of the year," Maybank noted.

Maybank said inflation will likely peak in the third quarter at around +4% for core CPI and +6% for headline CPI.