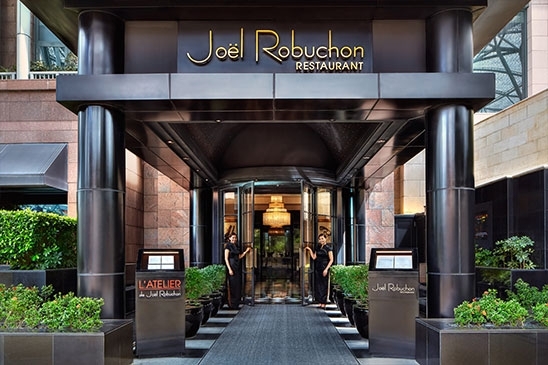 Why high-end, Michelin-star restaurants are shutting down in Singapore

What is it like to manage and cook for one of Singapore’s most coveted restaurants? The executive chef of two-Michelin star restaurant Les Amis, Sebastien Lepinoy, starts a regular restaurant day by preforming a “taste-test” twice daily before lunch and dinner service. This test involves tasting everything including sauces, meats, bread, desserts, and even the petit fours.

“I will work with the Chef Sommelier to run through wine pairing options for our menus too,” he told Singapore Business Review. “Before the first guest enters the restaurant, the restaurant manager and I will also make our rounds to ensure everything is in tip-top condition.”

However, the actual cooking of some of the world’s prized dishes is just one of Lepinoy’s many jobs. For him, running the restaurant is serious, critical business. “With a team of 55, it is all about control and communication in a big restaurant like Les Amis,” he said.

Effective communication between suppliers and various departments is crucial to ensure everything moves smoothly, he noted. “Hence, I make sure that I do check-ins (via informal or formal meetings) with the various teams, be it with the front of house or back of house, to ensure everything is in order and that everyone is on the same page.”

However, LePinoy - and Les Amis Group - has noticed some severe changes in Singapore’s food & beverage (F&B) scene that could be threatening to some establishments ever since the restaurant started 24 years ago.

When the stars lack lustre
“Over the last few years, we’ve seen a shift towards opening smaller fine-dining restaurants that are able to house between 30-35 guest, or even less,” he said.

This was echoed by Inside Retail Asia director of content Robert Stockdill when he commented on the recent closure of three-Michelin star restaurant Joel Robuchon, the only one of its kind in Singapore.

“There seems to be a trend internationally that high-end restaurants are becoming less popular as mid-grade restaurants with a more relaxed dining atmosphere - but still with a quality food offer - take greater market share,” he previously said.

Lepinoy described these new establishments further and said, “These restaurants are often helmed by the chef, who are also the co-owner. The food and the overall focused is usually driven by the personality and creativity of the chef.”

The executive chef observed that at times, it seems as though more focus is paid to the artistic style of the chef compared to the art of service, which is comprised of service standards, customer journey, efficiency, communication, and knowledge, amongst others.

“The cuisine is either western, or locally-inspired when helmed by a local chef. I believe they still surfing on the wave of the northern Europe cuisine, which is deemed ‘fashionable.’ Usually, these restaurants will have 1 or 2 menus and the dishes will well-presented,” he added.

Savills Singapore research & consultancy senior director Alan Cheong, the shift towards these new types of F&B establishments is beyond what is considered fashionable. “Personally, I believe that we are still too early in the game to have Michelin star restaurants here,” he said.

“For them to thrive, you will also need a local populace that can accept such haute couture cuisine. Unfortunately at this stage, I am not convinced that there are enough Singaporeans who would pay for this,” he added. “Singaporeans love food. However, does the love for, say Char Kway Teow, Laksa, mean that their taste buds are ready for fine Western cuisine?”

For Cheong, Singapore is perhaps not at a juncture which can wholeheartedly accept luxury restaurants. Singaporeans can accept fast food, novel new to market F&B concepts, food courts, low/mid-tier bakeries etc, but that is because the purchasing power for the masses is at those levels, he said.

Chef Andre Chiang, who gave up the two Michelin stars of Restaurant André and returned to Taiwan last year, said that lack of support put some F&B establishments at a disadvantage.

“Restaurant ANDRE was running successfully the past 10 years in Singapore,” he said. “The only ‘disruptors’ I might say is that, for those who fought for the country, bringing tourists in, putting Singapore on the global map, should have some support from government or the Ministry of Manpower (MOM).”

Restaurants burdened by growing rents
But popularity, the ability to attract more customers, and lack of support are not the only problem of luxury restaurants in Singapore. Rent is very crucial in determining the costs these establishments have to shoulder.

For Singapore - and the rest of Asia - many high-end F&B establishments, from restaurants and cocktail bars to nightclubs, are under growing pressure from landlords demanding high rents, Stockdill said.

Lepinoy concurred with Stockdill that rents for F&Bs are high and could go beyond 10% of the restaurants’ revenue. However, with the e-commerce sector “growing stronger” and making it hard for landlords to lure tenants, he does not foresee that there will be a huge spike in rents.

“Many malls are empty, and shop spaces are vacant, as customers are shopping online. Given this trend, it would make sense for landlords to at least stabilize or decrease the rent to deter tenants from taking their business online or shifting their business elsewhere. In Hong Kong, prices didn’t decrease, instead, it stabilized,” he added.

In the event that revenues decline due to the lack of patronage demand, fixed rents as a percentage of turnover rise to a level that makes operations unviable, Cheong said. “Therefore, one factor which the F&B (or any other retail industry) suffers from is that the retail space industry here has to pay a high base rent with a sliver of gross turnover rent as icing to the landlord. When the market is tough, as it is now, it should be the other way round with Gross Turnover (GTO) rents being the main course for landlords revenue and the fixed rent as an entree,” he added.

Restaurant sales plummet whilst costs rise
Due to the piling up of these conditions, Singapore restaurants, in general, are perhaps “not faring well,” Cheong said.

For this category of trade, the average annual retail sales growth from 2009 to 2017 was -1.8%, he added. “However, if we shift the definition of restaurants to that of Fast Food Outlets, growth manifest itself. Over the same period, average annual sales growth for such outlets was +2.5%.”

Lepinoy also noted that those that wish to open a high-end restaurant in Singapore (with a cheque of $100 onwards per guest) will need a longer checklist more than ever to make sure they can endure headwinds in the sector. “The restaurant has to invest a lot in the décor, manpower and location. The management's approach has to be different too, as opening a high-end restaurant involves a lot of investment,” he said.

Moreover, depreciation should be calculated based on 5-6 years rather than 2-3 years. “Next, it doesn’t matter what cuisine you are serving, a very clear direction has to be set, as customers need to know your unique selling propositions (USP) and understand why they keep coming back to you,” Lepinoy added.

Cheong concurred with the chef and said one must be “in sync with the millennials” to understand what missing concept they are yearning for here. “If we look at some of the successful F&B concepts here, it has a link back to Asian pop culture. So our young now have an enamouring for all things Korean and Thai and so we see F&B outlets that sing to these themes having a greater chance of succeeding,” he said.

Lepinoy emphasized that budding high-end restauranteurs must be able to clearly define what cuisine they are serving. “Likewise customers should be able to easily understand the type of cuisine you are serving be in classic, innovative, Chinese, Japanese, French, Italian and so on. In short, there is a lot more consideration required due to the high investment required to open a fine-dining/high-end restaurant,” he said.

The chef observed that for Les Amis, their main issue lies at the cost of their ingredients, as 90% of it is imported from France. “And given how strong the Euro is, coupled we the cost of air-freighted, my cost of goods are greatly affected. It is also difficult to find good staff, but thankfully that it is not a huge issue for a restaurant like Les Amis,” he said.

In short, there is no miracle solution that can be used to solve all problems. Every restaurant has to assess and see what is best for them and their concept, Lepinoy said.

Chiang agreed and said, “I think every business has its cost, challenge and risk to take, being a restauranteur, understand the business, manage cost and problem solving is a skill that every owner need to have.”

For him, any time is a good time to open a store in the lion city. “More important is whether we are creating something that the market needs, Singapore is a mature and international market that always looking for new, original ideas, and concepts,” he said.