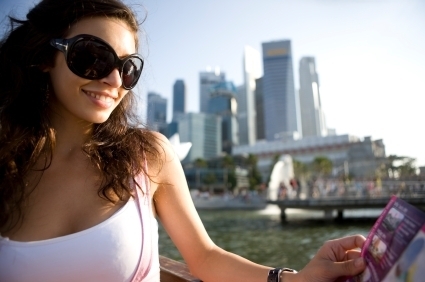 Will future Singapore tourists splurge or save?

Spending will increase 9% in next two years as they eat, go clubbing and travel outdoors.

In a new Visa survey most Singapore tourists till 2013 are also predicted to come from Asian countries, mainly India, Malaysia and Mainland China.

"Travelers are most likely to engage in outdoor activities (66 percent) when they are on an overseas holiday trip. 61 percent surveyed look forward to sampling the local cuisine while 55 percent intend to experience the local nightlife in Singapore," it added.

"Nearly two in ten (16 percent) respondents surveyed who intend to travel to Singapore are from India while one in ten (10 percent) are from Malaysia and another 10 percent are from mainland China," it read further.

Singapore's appeal may be traced to its high-value packages, beautiful landscapes and general orderliness.

"The survey also found that the availability of good travel deals (76 percent), the availability of natural scenery (75 percent) as well as political stability (72 percent) are factors that influence the choice of a travel destination amongst these travelers who intend to travel to Singapore in the next two years," Visa said.