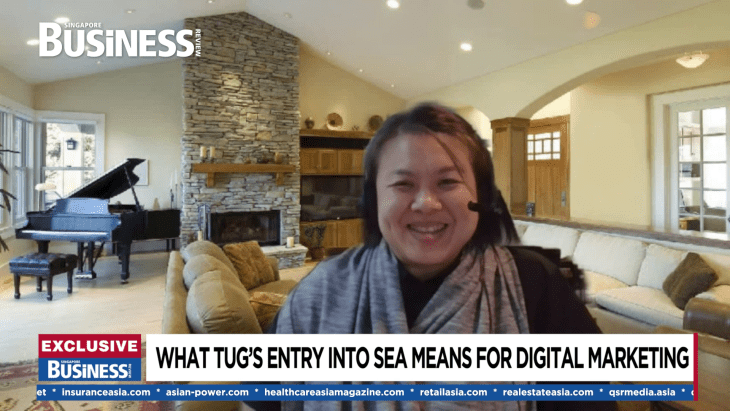 The agency opened its doors to businesses in Southeast Asia in July.

Taking on an integrated approach, digital marketing expert, Tug, vowed to give its clients in Southeast Asia (SEA) not only just clicks and impressions, but overall business growth.

In an interview with Singapore Business Review (SBR), Karen Soo, Tug's Managing Director for SEA, said her goal is to push the limits in digital marketing across all the different channels to be able to meet the key performance indicators (KPIs) of Tug’s clients.

“I do have a passion for strategy, as well as joining the dots across not just digital performance, but also creative and tech,” Soo said.

“I've seen the benefits or even merits of joining the dots across the different functionalities across performance, creative, and tech. I think it definitely works for clients, not just from a performance standpoint, but also from a messaging standpoint,” Soo added.

Apart from an integrated approach, Tug also takes pride in its bespoke solutions which the agency also aims to bring to its clients in the Southeast Asian region.

An example of an innovation Tug has pulled together for a client was called “Search Uncut.” The tool was specifically made for London’s Zipcar to help the car-sharing company analyse their top 30 keywords – from their natural and paid searches – in just one dashboard.

“We can make real-time investment decisions and get real-time insights of that interplay between their core keywords in the paid space and the natural space. That allowed the company during the pandemic to be much more efficient with their budgets that were tighter, and help target audiences better,” Beck said.

“We also set up messaging depending on changes to COVID lockdown laws. When things opened up, we were able to really quickly target audiences with new messages from Zipcar to go out, get a drive, get out of the house,” the CEO added.

The type of technological solutions Tug made for Zipcar is what the agency hopes to bring to the region, Beck said, adding that through Soo’s leadership, such a goal will be possible.

“Karen [has] got a great network in Singapore and is on the cutting edge of performance marketing. She really encapsulates the tug motto of work hard and be nice to people,” Beck said about Soo’s appointment.

Soo, for her part, said she would add “fun” to Tug’s motto, saying that a team produces its greatest work when they are happy. In the next two to three years, Soo said she plans to expand her team to 20 persons.

Meanwhile, Soo said Tug is eyeing finance and business-to-business (B2B) as focus industries for its SEA office. Beck echoed this, adding that fintech, insurance, and travel are also some verticals which Tug aims to tap into in the region as well.

On the types of services which Tug wishes to explore for its SEA clients, Beck said the company is eyeing to further develop its search engine optimization (SEO) offerings and look into transparent marketing.

Following the opening of its SEA hub in Singapore in July, Beck said Tug will also open another office in New York in September to cater to clients in North America.