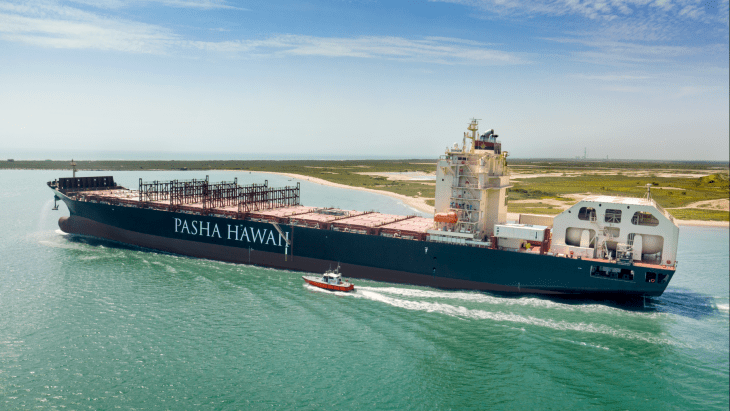 The M/V George III  was delivered to Pasha Hawaii.

M/V George III was one of the two LNG-powered vessels that Keppel AmFELS built for Pasha Hawaii. It measures 774x115-foot and can carry 2,525 TEUs (twenty-foot equivalent units).

As part of Pasha Hawaii’s fleet, M/V George III will serve the Hawaii/Mainland trade lane, making it the pioneer LNG-powered vessel to serve the state.

“As we welcome the new M/V George III to the Pasha Hawaii fleet, we stand incredibly proud of the perseverance and commitment of our partners at Keppel AmFELS, and the skilled men and women at the shipyard on this tremendous accomplishment,” said George Pasha, IV, President and CEO of The Pasha Group, parent company to Pasha Hawaii.

Besides M/V George III, Keppel O&M is also building a second LNG-fuelled container ship for Pasha Hawaii, called MV Janet Marie. It will be delivered in 2022.

Gov’t to set up alliance to upskill maritime workforce on cybersecurity, green financing