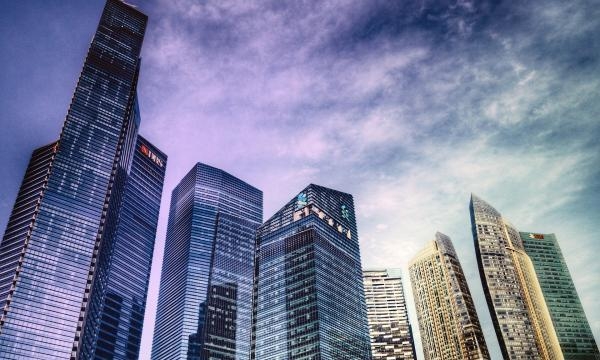 Lack of new launches is said to cause slowdown of property sales in February.

The rollout of the vaccination programme may stimulate the property market even as sales slowed down in February, according to real estate consultancy firm OrangeTee & Tie's senior vice president of research and analytics Christine Sun.

“Market watchers and investors will likely continue to keep a close eye on the rollout of vaccination programmes and the possibility of new property curbs. The historic $1.9t stimulus boost to the US economy will unleash a fresh wave of liquidity that will help lift global economies and likely benefit real estate markets worldwide, including Singapore where a few luxury condominiums are slated to be launched this year,” Sun said.

Propnex’s head of research and content Wong Siew Ying agreed, saying that with the global vaccination programme underway and the Singapore economy on the mend, consumer confidence has improved.

“This could attract more prospective buyers and investors to enter the property market, particularly the luxury home segment,” Wong added.

According to a sales survey by the Urban Redevelopment Authority, new home sales dipped by 60.5% MoM to 645 units in February 2021. Including executive condominiums (EC), new home sales declined by 64.4% MoM a month ago to 756 units. Compared to a year ago, new sales, excluding ECs, dipped by 33.9%.

Sun said February’s lower sales were in contrast to the 1,632 units, excluding ECs, sold in January. Rumours of new cooling measures sparked some panic buying at the beginning of 2021 as some buyers rushed to secure units for fear that their buying eligibility could be affected by new measures. January’s high sales were also driven by the launch of the mega-project, Normanton Park.

After the high sales in January, rumours circulated that the government may step in if the market overheats from euphoria caused by consumers and developers.

“February’s slower sales indicate that the property market may still not be at risk of being overheated. This is also the first time in three years when February sales declined MoM. Last year, new home sales (excluding EC) rose 57.4% from 620 units in January 2020 to 976 units in February 2020. Sales similarly increased by 4.1% MoM to 455 units in February 2019,” Sun observed.

However, according to PropNex CEO Ismail Gafoor, the lack of fresh new launches may be the primary reason for the decline of sales in February.

“Without any sizable new launches in February and it coincided with the Lunar New Year break as well, new private home sales were much more muted, at 645 units – the lowest monthly figure since 998 units were shifted in June 2020. Sales are typically stronger during the launch month, and it is not uncommon for transactions to slow subsequently, as the smaller and more affordable homes as well as choice units have already been snapped up. This is the main reason why sales at new launches tend to taper after a while,” Gafoor added.

Knigh Frank Singapore's ead of research Leonard Tay agreed with Gafoor, citing that URA only launched 167 new units, excluding ECs, in February which was 93.5% lower than the 2,600 units launched in January. It was also the lowest number of units launched sinced 2018.

“At 167 new units, this was even lower than the number of units launched in the months of April and May 2020 when Singapore was stuck in the circuit breaker, and when all business activity practically came to a halt. In the past, whenever there was a dearth of new launches, monthly sales volumes would naturally fall. However in February, there were almost four units sold to every unit launched, suggesting that buyer interest remains in existing launches,” Tay added.

Tay also noted that despite the general absence of new launches, developer sales in the first two months of 2021 at 2,277 units was 42.7% higher than in the same period last year, before the threat of the COVID-19 pandemic became a serious economy-crippling national concern.