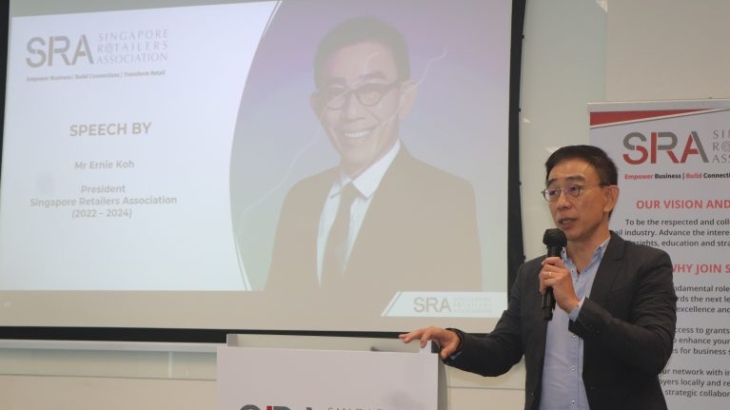 He will take over R Dhinakaran, who sat for three consecutive terms since 2016.

The Singapore Retailers Association (SRA) has elected Ernie Koh as its new president, in place of R Dhinakaran who served three consecutive terms since 2016.

Prior to this, Koh served as the president of the Singapore Furniture Industries Council between 2012 and 2016. At present, he is also a council member of the Singapore Business Federation.

“I have big shoes to fill, and I look forward to working with my fellow council members to build on Dhina’s foundation and legacy to propel the retail industry to soar new heights and work hard so that SRA can be a stronger collective voice for the retail industry,” Koh said. His term will be until 2024.

Under Dhinakaran’s leadership, the SRA saw a steady increase in the participation of its members as well as in dialogues with the government.

“I am grateful for the opportunity and privilege to have served as SRA President and congratulate Mr. Koh on his election as the new SRA President,” Dhinakaran said.

“I am confident that Ernie will continue to have your unstinting support to further advance the interests of the retail industry.”

Dhinakaran was also instrumental in advancing the Code of Conduct for Leasing of Retail Premises in Singapore, the Fair Tenancy Pro Tem Committee, and the five-year Roadmap for the retail sector.

The “Retail Re-Imagined” five-year Retail Sector Roadmap outlined the SRA’s key focus and direction at which it wants to steer the retail industry. Its key pillars include Technology and Innovation, Internationalisation and Manpower, and Jobs and Skills.