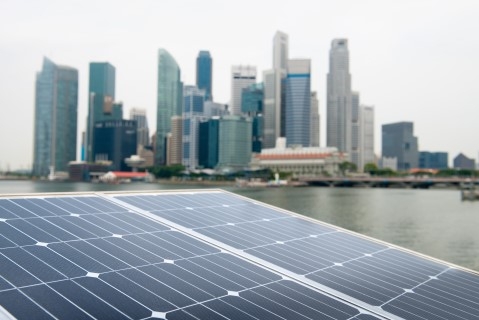 Companies are coming up with competitive energy packages, but analysts are wary if they can deliver.

The liberalisation of the electricity market in the second half of the year will allow the remaining 1.3 million households in Singapore to choose their provider. This has not only lured traditional electricity providers as some large companies like telcos and banks have already started to tap into the market.

Starting April, 14 electricity retailers will sell their energy plans at the soft launch of Open Electricity Market. Senoko Energy is one of those 14. Whilst it is a traditional energy provider, it will begin to sell energy packages through a retail brand for households and small and medium enterprises (SMEs).

Solar Energy Research Institute of Singapore (SERIS) deputy CEO Thomas Reindl noted that the liberalisation has caused 14 electricity retailers to design packages to differentiate themselves from the other. “Some have included a portion of solar in their energy mix whilst others have proposed cash rebates,” he said.

“The emergence of partnerships with telcos (e.g. Starhub) and banks (e.g. DBS) indicates that large corporates outside of the electricity retail scene are interested in this market,” he added.

BMI Research ICT analyst Kenny Liew sees that these corporates’ interest is stirred by the potential of selling their other products, especially with StarHub. “We see the partnership as an avenue for the company to sell its IoT/smart electricity metering solutions. We believe that StarHub, as part of the package, will look at providing IoT smart meters that allow customers to monitor their real-time usage and allow the companies to bill their users remotely (smart billing), substituting the current model where meters are read manually and in-person,” he said.

“Starhub might even possibly bundle the smart metering services as part of a triple-play/quad-play package with its broadband/pay-TV/telephone services. It is possible that these smart electricity meters could ride on the installed fibre broadband connection, or leverage its NB-IoT network,” he added.

Meanwhile, DBS has yet to know the demand amongst consumers. “We’re just in pilot phase right now, so we’re gauging the demand,” representative Roy Chew said.

However, a big concern, Reindl pointed out, is ensuring that consumers are receiving what was promised. “As seen in other markets, and which might happen in Singapore too, is that certain players might not be financially robust enough. Also taking into account the highly competitive behaviour of certain market players, which almost does not allow for sustainable positive margins.”

“However, for the case of a retailer default, consumers always have the ‘fall-back’ option with SP Services being the “retailer of last resort” to take over immediately at certain ‘default’ supply conditions. All this has been regulated with an ‘Enhanced consumer production framework’ by EMA to ensure fair marketing, contracting and billing practices of retailers etc. Due to ongoing oversupply situation, the consumers/companies can only benefit from liberalisation with better conditions,” he added.

Liew projects that the inertia to switch over to another provider could be high, but in the long run, slight levels of competition are expected in the retail market. “However, there are many safeguards in place, such as vesting contracts that will prevent abuse by generation companies, which will, in turn, translate to more stable retail prices. Households can always switch back to the regulated tariff, which is reviewed every quarter. SP Group still retains full control and operation of the power grid,” he said.