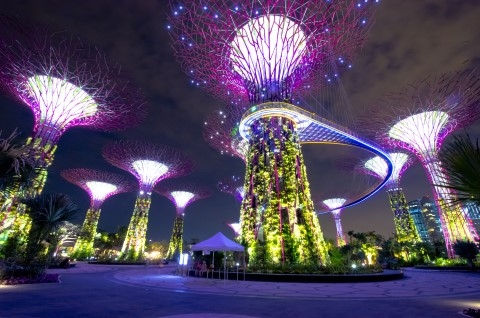 DBS and OCBC are regional pioneers in fintech and innovation.

Singapore retained the top spot in Asia's’ open banking readiness index amidst proactive decisions by the city state’s regulators to embrace the technology while regional neighbors are only just catching up to the growing momentum to open up their data, according to a report by Finastra.

“[Singapore is] most advanced in open banking readiness index in the region, primarily because of its Open Application Programming Interfaces (APIs) and data infrastructure maturity,” the report’s authors said.

Open banking leverages on the use of APIs to share the data they have on customers with third-party players like fintech firms in an effort to build new applications and create new revenue streams from a value proposition that they could upsell and cross-sell.

The index evaluates the readiness of a country based on five factors: adoption of Application Programming Interface (APIs), fintech/third-party ecosystem, state of data-based transformation, data monetisation and state of innovation.

Singapore holds an ‘intermediate’ score for data monetisation and an ‘advanced’ score across the four remaining categories.

In fact, the city’s very own DBS Bank holds the distinction as a regional leader in the fintech ecosystem sub-categories with a massive platform of over 155 APIs across 20+ categories which it developed in late 2017 through its API developer hub, DBS Developers. The bank was also lauded as a leader in the data transformation subcategory with technology, hardware, data centres, network management and app development that are 85% insourced - a bank that owns its tech.

OCBC also made Singapore proud as it ranks amongst the regional leaders in the state of innovation subcategory as it steadily built its operations around the steady adoption of AI, machine learning, robo-advisory, cloud and blockchain tech.

Singapore’s readiness for open banking also received a significant boost from the proactive stance taken by the regulatory bodies. In fact, the Monetary Authority of Singapore (MAS) was the first regulator in APAC to release open banking guidelines in 2016, effectively giving banks the confidence to liberalise their data.

“Singapore continues to set the pace for other regulators in the region,” it added. Together with Australia and Hong Kong who released similar guidelines in the first half of 2018, the three economies rank as ‘early adopters.’

New Zealand, South Korea and India rank as ‘steady warm-ups’ as they do not generally have concrete guidelines in place although concepts and a thriving fintech ecosystem can be found across the industry. Thailand and Malaysia are dubbed ‘fast followers’ with expectations of guidelines to be released by mid-2019 to early 2020 whilst Japan and China are ‘giants with potential.’ On the other hand, Taiwan, Indonesia, Philippines and Vietnam still have other priorities to settle such as financial inclusion before they can embark on their open banking journeys.

“Open Banking in the Asia-Pacific region is unlike Europe, where it is primarily driven by regulators,” the report’s authors said. “In general, banks in the Asia-Pacific can decide for themselves if they want to pursue it, how soon, and their preferred approach for partnering with trusted third parties (TTPs).”

The Finastra’s Open Banking Readiness Index is developed by Finastra in cooperation with with IDC Financial Insights.