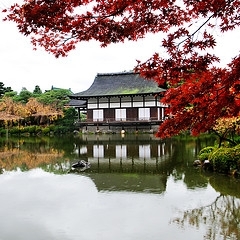 As 33% of Singaporeans will most likely travel to the country in the next two years.

The United States, United Kingdom and Japan have been voted the top global travel destinations among 11,620 respondents from 23 countries and territories around the world, according to the Visa Global Travel Intentions Survey 2011 .

Top destinations for travelers from Singapore in the next two years are likely to be Japan (33 percent), followed by Chinese Taipei and Malaysia (32 percent respectively), and Hong Kong (27 percent).

Meranda Chan, Country Manager, Singapore and Brunei, Visa, said: “While Japan has always been a firm favourite among travelers from Asia Pacific as has been noted in both this year's and our previous surveys, we re-ran the survey in two of Japan’s key source markets, Mainland China and South Korea, in August this year to assess how much the March tsunami affected traveler sentiments."

"The survey, very encouragingly, found that Chinese and South Korean respondents still rank Japan among their top destinations . More than one in three (34 percent) respondents from Mainland China and one in four (24 percent) respondents from South Korea said they are likely to travel to Japan in the next two years. This is in line with Pacific Asia Travel Association Destination Trends that international arrivals to Japan have picked up slightly post-tsunami. Our survey findings present great news hinting at a strong recovery and boost for the afflicted Japanese economy,” Chan added.

Respondents from Singapore spent an average of S$1,863 on their last trip and the average travel spend is likely to see a 20 percent increase to S$2,230 on their next trip.