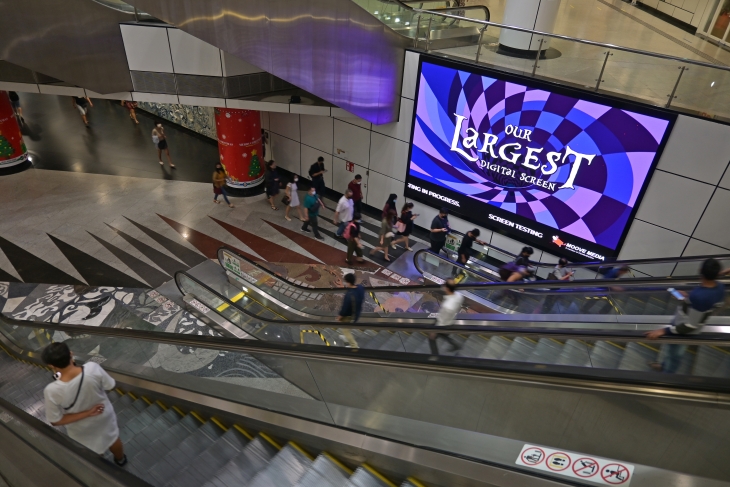 It is located at the intersection of three MRT lines.

Standing at six metres long, Wonderwall is situated at the intersection of three MRT lines. Advertisers will be able to book advertising slots of 15 seconds for either video or static advertisements.

“We have been augmenting our advertising assets by combining our best out-of-home advertising with digitisation to address the evolving needs of both advertisers and consumers for everything mobile,” Moove Media chief executive officer Jayne Kwek said.