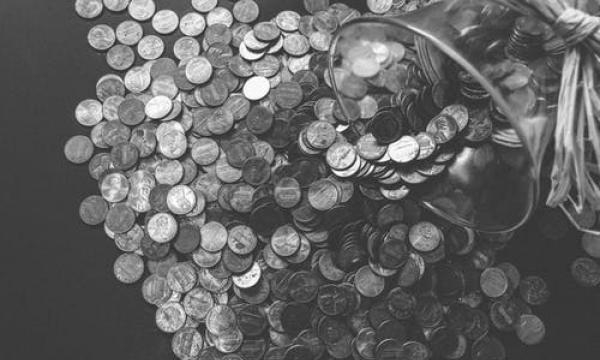 High net-worth (HNW) wealth in Asia-Pacific rose 7.9% in 2019 despite a global economic slowdown, international trade wars, and geopolitical tensions, according to the World Wealth Report by Capgemini. The number of high net-worth individuals (HNWI) also grew 7.6% over the same period.

However, APAC overall fell behind the average global HNWI growth rate of 9%. North America and Europe took the lead with around 11% and 9% growth, respectively.

Furthermore, the boom of the previous year has been cloaked with uncertainty as global economies brace for a projected 4.9% decline in 2020 as per the International Monetary Fund.

Before the pandemic began to affect China, the country reaffirmed its commitment to expanding its markets and improving the domestic business environment as a result of a trade war truce with the United States. The move shifted the attention of international investors to China’s A-shares market with a total value of $7.9t.

Meanwhile, Hong Kong stocks capped off a gloomy 2019 with a December rally supported by a government resolution to manage the US-China trade deal. Also, its residential property price index rose by more than 5% during 2019.

Other major Asian markets such as India, South Korea, and Singapore – recorded weak progress in 2019, which led to sub-par growth in HNWI population and wealth for the entire region. Anemic performance in these markets was the result of economic slowdown and
weakening local currencies.

In addition, Capgemini projects a decline of between 6% and 8% in global wealth until the end of April. Investment priorities have also shifted to sustainable investments that uphold environmental and social priorities.

Amongst the ultra-HNWI segment, sustainable investing (SI) is building considerable momentum with 27% of HNWIs overall expressed interest in SI products whilst 40% of ultra-HNWIs were willing to put cash into sustainability.

HNWIs plan to allocate 41% of their portfolio to SI products by the end of the year, and 46% by the end of 2021. Wealth management firms have recognized the trend and are prepared to meet the demand as 80% now offer SI options.

The top reasons driving HNWI interest in sustainable investing are higher returns and lower risks with 39% expecting to receive higher returns from SI products, whilst 33% view SI as sound and less speculative. Interestingly, already 26% of HNWIs cite a desire to give back directly to society.

Capgemini notes that unpredictability in 2020 is set to drive asset adjustments as well as higher client expectations and scrutiny around advisory fees. Equities accounted for 30% of global HNWIs’ financial portfolios, largely due to robust equity markets and financial stimulus restoring trust. HNWIs are also becoming increasingly critical over wealth managers’ fees, with 33% uncomfortable with rates in 2019.

According to the report, more than one in five HNWIs might switch firms in the next year with high fees being the top reason for 42% of HNWIs. HNWIs are also citing a preference for performance and service-based fees over asset-based ones, indicating higher expectations on value delivered for fees charged.

On the other hand, HNWIs certainly believe that BigTechs can outperform incumbent firms when it comes to information access and value-added services. Whilst only 26% of wealth managers rank BigTech competition among the top potential disruptors, 74% of HNWIs report a willingness to consider wealth management offerings from BigTechs, jumping to 94% among the 22% of HNWIs who say they may switch their primary wealth management firm in the next 12 months.

HNWIs in Latin America and Asia-Pacific excluding Japan expressed the highest likelihood to adopt wealth management offerings from BigTechs. In Japan and North America, BigTech adoption increases dramatically for HNWIs who are likely to switch within 12 months. Unsurprisingly, HNWIs younger than 40 are most inclined, with willingness reaching nearly 90%.

For wealth management firms, Capgemini notes a two-pronged strategy based on Open X5 principles will allow wealth managers to quickly and cost-effectively enhance capabilities across the value chain.