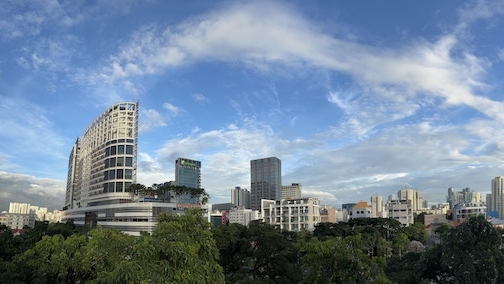 The market has already logged some 500 new home sales for May.

April will likely be the last month new home sales will be at a "state of pause" after the implementation of the December 2021 cooling measures, Knight Frank said in a report.

According to the analyst, there are already some 500 new sales logged for May 2022 "with just more than a week of caveats lodged in this uncompleted month."

Piccadilly Grand, which Ohymyhome expects to boost sales in May, have already moved 315 of its 407 units at an average price of S$2,150psf during its launch weekend, according to CBRE.

The sales logged for the first few weeks of May are already near the 653 units sold for April.

"Therefore, in the months ahead, developers will now be emboldened to launch projects to capture what-has-been pent up demand and owner-occupier demand before interest rates rise further during the course of 2022," Knight Frank said.

With higher expected sales from May and months to come, Knight Frank estimates new sales volume for the entire year to reach 8,000 to 9,000, whilst CBRE sees a total of 9,000 to 10,000 units. Total new home sales, excluding executive condominiums (ECs), stand at 2,478 units.

Meanwhile, overall prices will likely increase up to 3% in 2022, said Huttons and CBRE.

From Q1 to April, new home sales either declined or remained flat as developers continued to adopt a "wait-and-see approach" amidst the cooling measures, according to CBRE.

In April, new home sales slipped by 0.2% MoM and 48.6% YoY due to the lack of new launches. However, orangeTee said the number represents an improvement given that it is past the five-month average sale of 637 units.

"New home sales seem to have stabilised after cooling measures were implemented more than four months ago," OrangeTee commented.

Whilst recording an overall decrease in April, the market saw a higher number of foreign buyers for the month, with new home sales jumping 136% MoM to 59.

The growing number of foreign buyers indicates that |well-heeled investors continue to view properties in Singapore favourably despite the cooling measures, especially since property prices are rising in other advanced cities as well," according to OrangeTee.

Ohmyhome attributes the higher number of foreign buyers to the lifting of the border control measures, and quarantine free travel.

"As Singapore is synonymous with stability, it will continue to remain a safe haven for property purchase and investment by foreigners," Ohmyhome said.