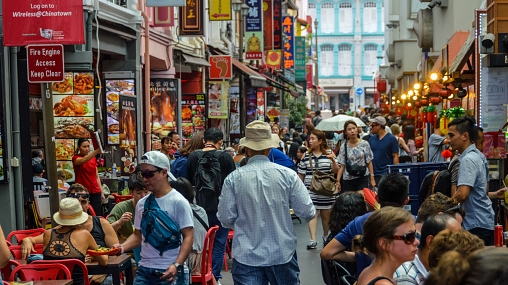 Retail is rising, here’s why

Sales finally grew by 11.8% in January after three years of decline.

Retail sales finally saw a reversal after three years, growing by 11.8% year-on-year (YoY) in January 2022 and there are four main reasons behind it, according to UOB.

The first reason for the rise in retail sales was seasonal factors.

“The Lunar New Year (LNY) most likely fuelled consumer demand on the back of increased spending before the holiday,” the analyst said, adding that LNY was also observed early February this year, whilst it was observed mid-February in 2021.

The earlier celebration came with a “tangible rise in demand for consumer discretionary goods as well as food and beverage,” UOB said.

The second factor which contributed to the rise was the gradual reopening of Singapore's borders which led to a 144.6% YoY soar in international arrivals in January 2022.

Singapore’s economic prognosis has likewise improved on the back of a tighter labour market, which the analyst believes to have “shored up consumer demand as consumer sentiments recover.”

The last factor would be higher oil prices, which UOB said supported sectors such as petrol service stations which saw their fastest growth in six months (+25.5% YoY).

Looking ahead, UOB said retail sales will expand by 6.0% in 2022 and will continue to be supported by a “positive economic prognosis and recovering labour market”; however, geopolitics and further commodity price pressures may add uncertainty to its growth outlook.