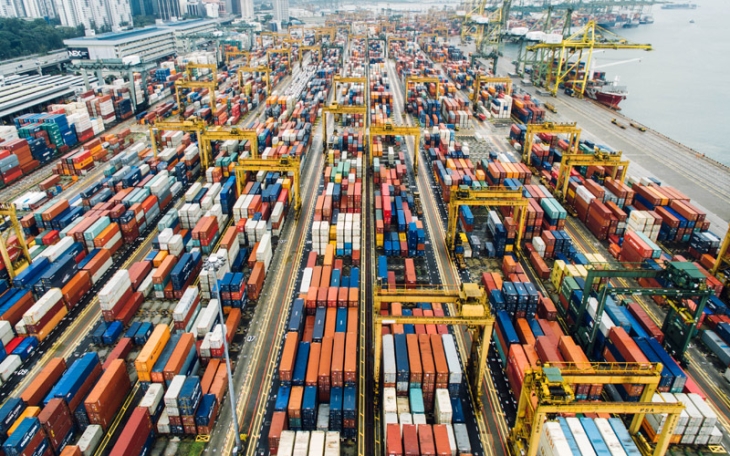 Spanning 387 ha, it is the largest of the four phases to be reclaimed.

The installation of the first caisson at the site of the upcoming Tuas mega port marked the commencement of reclamation for Tuas Terminal Phase 2, which will add a capacity of 21 million twenty-foot equivalent units (TEUs) of cargo when it becomes fully operational, an announcement revealed.

Spanning 387 ha, this is the largest of the four phases to be reclaimed. The 8.6 km wharf structure will be constructed with 227 caissons that will be fabricated on site. When fully completed, Tuas Terminal will be able to handle up to 65 million TEUs annually as all container operations are set to be consolidated in the terminal by 2040s.

The Tuas Terminal Phase 2 project team will use will use methods such as a slip form jack monitoring system and rebar modularisation for the fabrication of the caissons. The project team will also adopt modern construction technology such as an automated curing system to control the quality of the base slab and AI to monitor the construction site. “For example, using facial recognition tools to detect security breaches at entry and exit points, and video analytics to detect unsafe acts and prevent potential injury at the caisson fabrication yard,” the parties said.

As a one-stop portal, MPA’s Maritime Single Window (MSW) will transform reporting and port clearance processes for ships calling at Singapore through data exchange amongst relevant stakeholders. Phase 1 of the MSW will be launched later in 2019, and will streamline processes of agencies such as MPA, National Environment Agency (NEA), and the Immigration and Checkpoints Authority.

Meanwhile, the MPA announced that it would also replace the current fleet of patrol vessels with seven next-generation patrol crafts. According to Dr Lam Pin Min, senior minister of state for transport and health, the fleet – to be equipped with enhanced navigation, surveillance and response capabilities for search and rescue, man-overboard, oil spills and ferry incidents – will be introduced in phases over the next three years to improve seaward operations.

The first six patrol craft are scheduled to be commissioned in February 2020, whilst a larger enhanced patrol craft will be launched by first quarter of 2021.

In addition, MPA will also add two new launches to its fleet, which are designed to enhance the safety of MPA surveyors when conducting ship inspections.