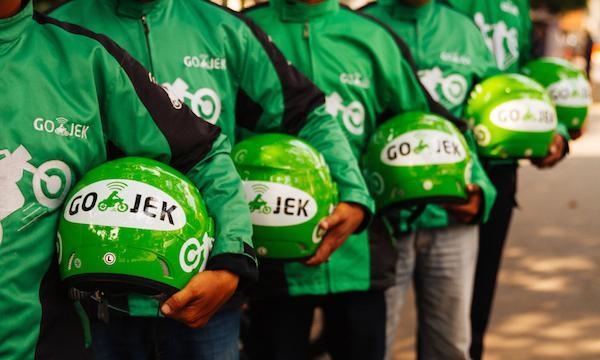 Cuts to Go-Jek’s point-based incentives from $35-310 to $10-210 were announced on 19 January in an effort to cut back on the roughly $300m the firm burned out solely on incentives in a year, according to a report by CGS-CIMB.

As a result, the cuts made it harder for drivers to move on to the next tier. Before the incentives cut, Go-Jek drivers could easily earn $140 in bonuses per day, which implied that the firm paid each driver around $2,500 per month in incentives.

“We deem the new incentives less effective in enticing taxi drivers to switch to Go-Jek,” the analysts commented. “We think Go-Jek’s current incentives are not attractive enough for many taxi drivers who are looking to drive a regular eight to ten hours workday.”

Liau, a Go-Jek driver, agreed. "I was put off by the new incentive where I had to drive more, and even then, does not bring me the same amount of money as I made before," he told Singapore Business Review. "If I brought home $550 a day before, I bring home just slightly under $400 for the same effort."

Private hire cars (PHCs) drivers are supported by cash incentives and minimum earnings guarantees on top of their regular fare income, thus earning less than taxi drivers based on a 10-hour shift, the report highlighted.

Since its soft launch in Singapore, Grab’s rival Go-Jek adopted a point-based, five-tier system to award its drivers a cash bonus for every milestone they reached in a day. Under the system, drivers were awarded one point for non-peak hours and 1.5 points during peak hours for each trip completed for Go-Jek.

Go-Jek extended the beta phase of its ride-hailing app to all Singapore consumers on 10 January as part of its effort to fine-tune its services and user experience based on feedback received from its riders and driver-partners. Go-Jek launched its initial beta phase in Singapore on 29 November 2018 wherein DBS and POSB customers were given priority access.

"Everyone was expecting Go-Jek to lower their incentives, but we were surprised that they lowered it so early when it was still in the beta phase with still many issues that have yet to be resolved," Liau added. "The way it was announced also caught us by surprise, giving us a six hour notice rather than a few days or a week."

According to CGS-CIMB’s sensitivity analysis, a Go-Jek’s driver’s earnings could rise exponentially once they hit 18 points, which corresponds with a $50 cash bonus award, and drives for more than 10 hours. Additionally, Go-Jek guarantees daily minimum earnings for its drivers who complete between three to 13 trips during peak hour sessions on weekdays between $14-17 per trip before a 20% commission fee, the report revealed.

CIMB’s analysts in part attributed Go-Jek’s new driver incentives to the discontent amongst riders complaining about the company’s service quality on the back of drivers preferring short-distance trips in order to get more points and congregating in areas where they believe there is a higher chance of receiving such trips. Common issues amongst them were drivers cancelling trips and a long wait of more than ten minutes between booking and pick-up.

The analysts further added how in light of rider disatisfaction and the Land Transport Authority's (LTA) proposed changes to its regulatory and licensing framework for ride-hailing operators, taxi operators such as ComfortDelGro can greatly take advantage of the market to expand its fleet and snatch up more riders.

“This could lead to poor satisfaction amongst users that will ultimately dampen demand for Go-Jek’s ride-hailing services, although this may be short-lived given that the company is still new to Singapore and is continuously improving its back-end infrastructure and services,” the analysts noted.

That being said, Go-Jek completed the first phase of its Series F funding round which racked in over $1.35b (US$1b) led by Google, JD.com, Tencent. The funds collected will be used to deepen the firm’s market penetration in Indonesia, as well as strengthen its expansion in the Southeast Asia region.

The firm also revealed it would continue its strategic partnership with the JD.com joint venture (JV) logistics delivery service J-Express (JX) and JD.id to develop logistics capabilities and e-commerce services from upstream to downstream.

“Go-Jek started from ride-hailing, but in a short time, we have become an industry leader in a variety of key services such as transportation, food delivery services, digital payments, logistics and business partner services,” Go-Jek Group’s CEO Nadiem Makarim said in a statement.

According to the statement, Go-Jek and its affiliates operate in five countries covering 204 cities and counties in Southeast Asia, with a network of over 2 million driver-partners and 400,000 merchant partners.

Budget 2023: What SG can do to boost supply chain resilience